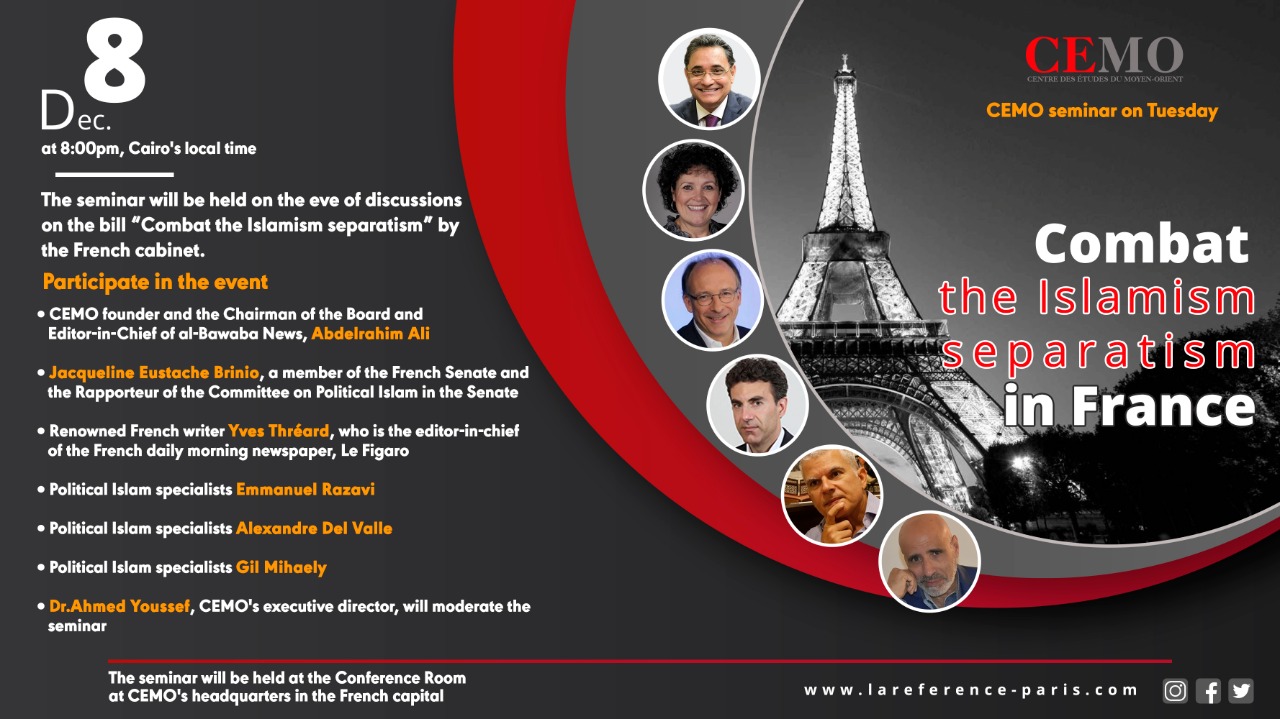 PARIS – The Center for Middle East Studies in Paris (CEMO) organizes a seminar on France’s new bill to prevent radicalism.

CEMO founder and the Chairman of the Board and Editor-in-Chief of al-Bawaba News, Abdelrahim Ali, participates in the seminar.