Latest Posts
00:20
Home News Ali reveals scenes of investigation with him due to terrorist Adel Habbara 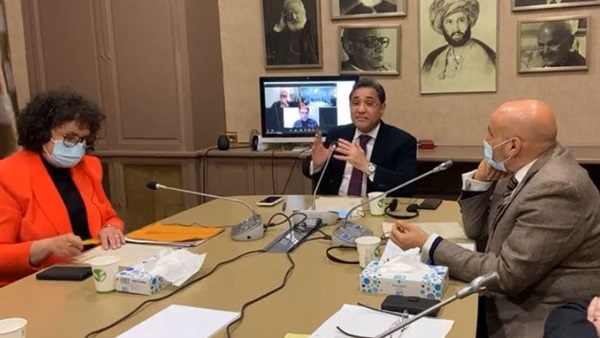 Dr. Abdelrehim Ali, head of the Center for Middle Eastern Studies in Paris, said that he spoke about the terrorist Adel Habara during his “Black Box” program and revealed all his crimes, and then he was summoned to the Public Prosecution office on the second day for interrogation on the charge of insulting Adel Habara.

Ali added that he asked the judge how he could be tried when Habara was a terrorist and killed 17 Egyptian soldiers, so the judge said, “If I did not meet you, he would acquire innocence in the judgment because I did not abide by the defense requests, which is to summon you and investigate you.”

“I asked the judge what the solution is, and he told me, ‘The solution is in your hands, as MPs in parliament, to legislate a law prohibiting this procedure.’ Then I went to parliament and presented two laws, namely, the Anti-Terrorism Law and the Criminal Procedures Amendment Law that allows the judge to not respond to all defense requests and to respond to the defense requests he deems necessary. Since that time, the judgment in terrorism cases in Egypt has accelerated,” Ali continued.

He explained that the case, which was sitting in the courts for 10 to 15 years, now does not exceed one year.

Apart from Ali, a host of other dignitaries spoke in the seminar, including Jacqueline Eustache Brinio, a member of the French Senate and the Rapporteur of the Committee on Political Islam in the Senate, renowned French writer Yves Thréard, who is the editor-in-chief of the French daily morning newspaper, Le Figaro, and political Islam specialists Emmanuel Razavi and Alexandre Del Valle.