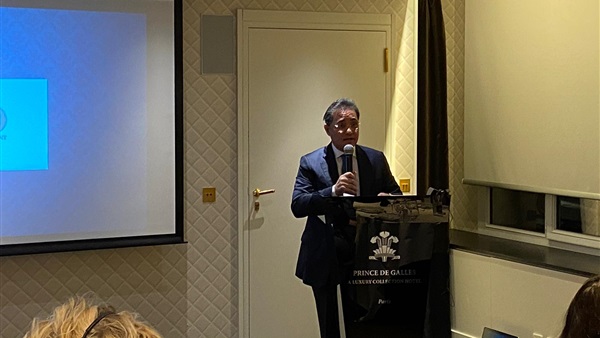 CAIRO – Member of the Egyptian parliament and the Director of the Center for Middle East Studies in Paris (CEMO) Abdel Rahim Ali said today that Turkish President Recep Tayyip Erdogan had laid seven objectives for his interference in Libya.

He added at a conference on Turkish interference in the Middle East region and the threats this interference poses to regional and world peace that these objectives included the following:

First, he wants to get a share of Libyan energy. Turkey imports the equivalent of $50 billion in energy products every year.

Second, he wants to control some of Libya’s natural gas fields in the Mediterranean. The coast off the area controlled by the GNA has confirmed natural gas reserves of 100 million cubic meters. Turkey wants to have the lion’s share in these reserves at the expense of Egypt, Greece and Cyprus.

Third, he wants to have the lion’s share in Libya’s reconstruction. In 2010 and 2011, Turkish contractors signed $28.9 billion in reconstruction contracts in Libya.

Fifth, he wants to offer additional support to the Muslim Brotherhood in North Africa.

Seventh, he wants to put pressure on Europe, using the refugees’ card.

A large number of specialists, experts are dignitaries are attending the conference.