Latest Posts
15:01
Home Interviews Lina Barakat: We woke up from ISIS to the nightmare of Turkish occupation 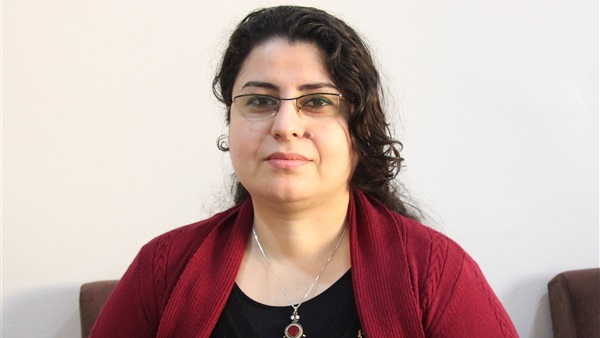 Lina Barakat: We woke up from ISIS to the nightmare of Turkish occupation

While the world celebrated International Women’s Day, Syrian women are living in difficult conditions in light of the ongoing conflict. Between the hell of takfir and the fire of war, Syrian women seek to come to terms with their shattered homeland. In this regard, the Syrian Women’s Council was founded, which brings together Syria’s various ethnic, religious and sectarian components. The Reference talked with Lina Barakat, spokeswoman of the Syrian Women’s Council, who addressed the issue of Syrian women, the motive behind the inauguration of the council, and the most prominent files that it will work on.

First of all, how do you see the issue of Syrian women?

The issue of Syrian women started before the Arab Spring revolutions and the crisis that Syria is currently going through. There were obstacles standing in the way of women exercising their real role in society, as women were absent, and they paid the highest price in the Syrian crisis.

What is the council’s view of extremism and militancy?

The issue of extremism and extremist ideology is the most serious issue in Syria, and women have suffered from it, whether by joining this trend or by embracing extremism and participating in terrorist acts.

There is religious terminology and religious understanding – the subject of the sacred heritage of every Muslim –which ISIS has relied upon to recruit thousands of women. The Syrian Women’s Council distinguishes between the victim and the adherent of ISIS who works according to the vision of the terrorist organization. The council came up with a plan for the “victim” through rehabilitation, psychological support for reintegration into society, and creating job opportunities so that she can return to normal life and go beyond the stage in which she fell victim to the terrorist organization.

As for those who embrace the terrorist organization’s ideas, we turn to the moderate clerics or sheikhs to bring them back to the right path. Working through civil society takes a long time, but moderate clerics and sheikhs may be a tool to get women back on the right track.

Is there a statistic about the number of women and children in ISIS? For ISIS children, how do you see this time bomb?

There are 72,000 ISIS elements in the Al-Hol camp who are women and children, 48% of whom are children. The camp also has female ISIS leaders, but no one can identify them because they are hidden.

There is also an “army of children”, and facing the problem therefore requires multiple sides, not only the Syrian Women’s Council. The first suggestion is to amend the law in Syria to give Syrian women the ability to grant their nationality to their children, which is currently not possible in Syria.

This matter requires new legislation in the Syrian People’s Council to allow a woman to pass on her nationality to her child, and then the problem of lineage would be over.

We stress that the survival of the ISIS children without a solution is a terrifying time bomb waiting to explode. The terrorist organization places all its hopes in these children, who have received violent training at the hands of the organization. The children at the Al-Hol camp always say that the caliphate will return when they grow up.

What about female ISIS leaders?

Many killings carried out by women in the Al-Hol camp have been observed recently, as the terrorist organization’s women are highly trained. Female ISIS leaders are present in this camp, but no woman can reveal them, and any woman who strays off the line is killed by ISIS.

How do you see the Turkish presence in Syria?

The presence of Turkey is an occupation, and the same is true for Iran. The presence of Iran opened a door to threatening Syria through the daily strikes from Israel.

Turkey and Iran intervened, turning the Syrian crisis into an international crisis, which led to the collapse and destruction of Syria’s infrastructure.

It is known that Ankara has taken a hostile position towards the Syrian people since the crisis began more than nine years ago. It supports and recruits armed factions and terrorist groups in order to achieve its own goals.

The Turkish violations amount to war crimes and crimes against humanity. Kurdish politician Hevrin Khalaf, former secretary general of the Future Syria Party, was killed by Turkish-backed militants on October 10, 2019, and a number of Kurdish fighters and women were kidnapped from the Turkish-occupied areas in Afrin, Ras al-Ayn, and Tal Abyad.

Regarding the Turkish role, there has been a lot of talk about terminating the Treaty of Lausanne and bringing back the Ottoman Empire in new form. What do you think of all this?

Erdogan has expansionist ambitions, plays the refugee card, and agrees with the superpowers on the Syrians after opening his lands to support and train terrorists and transfer them to Syria.

Turkey is aiming to restore its occupation of parts of northern Syria to Mosul, as well as parts of Armenia, Azerbaijan, Cyprus, Greece and even Bulgaria.

The Turks consider Syria a part of Turkish lands, and unfortunately for the Syrians, they are a neighboring country. If the Turkish project of dividing Syria and putting everyone at the table happens, Turkey itself will be subject to division and then the issue will become the same as other countries in the region. It is the closest scenario to solve the Syrian crisis that will define the features of the Middle East.

So how do you see the end of that crisis?

Syria has entered into a dark tunnel, and we do not see a near end to it. With the ISIS nightmare temporarily over, we have now entered into the nightmare of Turkish occupation, nine years of crisis and no clear vision of its end. But we still hope for the return of Syria as we would like to see it.