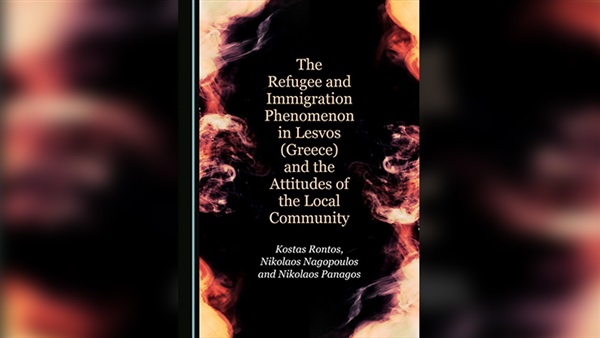 A new publication has come to throw light on the life of the refugees in coastal Greek cities.

The publication, “The Refugee and immigration phenomenon in Lesvos and the attitudes of the local community”, traces the effects of security problems on the life of the refugees, especially with tourism in these cities being the main source of income for their residents.

The authors of the publication especially dwell on the effects of political conflicts on the social life of residents in the aforementioned cities.

The authors refer to political conflicts as the main reason behind immigration, particularly in the case of Syria.

Around 63% of the refugees entering Greece came from Syria because of the civil war in their country, the authors said.

They said the numbers of Syrian refugees have risen noticeably since 2015, which affects the economic conditions of communities that depend on tourism.

Nevertheless, the authors expressed fears that terrorists, especially ones belonging to the Islamic State group, can infiltrate Greece among the refugees.

This prospect, they say, puts more pressure on security agencies in Greece.

They said this pressure overburdens security agencies which have to secure the tourists visiting the Greek islands and the local population of the islands.

Greece has its own economic problems and the presence of the refugees puts more pressures on the Greek economy, the authors said.

They added that these tough economic conditions will make Greek authorities less capable of honoring their humanitarian commitments towards the refugees who also suffer economic and political exploitation.

The authors called on international civil society and humanitarian organizations to participate in finding solutions to the refugee problem.