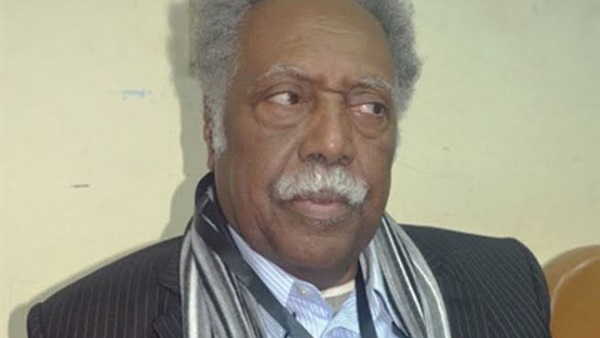 Sudan’s Islamists used to brag about their quick ascent to power, extolling this achievement of theirs despite that they had seized power through a military coup.

Their regime strove, early on, to establish a state that brought together all of political Islam’s activists and sympathizers throughout the world.

Their efforts were reflected in the establishment of the Popular Arab and Islamic Congress in the early 1990s, when the coup-born regime realized how difficult it would be for it to find legitimacy among the Sudanese people, having betrayed that people’s standing democratic system.

Through his book “Sudan: Islamic Rule and Challenges of the Modern State” Sudanese Thinker Haidar Ibrahim Ali provides a different vision of what the situation in Khartoum was before the removal of President Omar al-Bashir from the political scene.

Haidar Ibrahim Ali, through tens of writings, presented an objective social vision about the concept of political Islam, in which he probed the phenomenon via a comprehensive understanding”.

Haidar begins in the introduction of the book released in 2016, by referring to the experience of governance stained with religion in 1989, and how Islamist groups relied on arms to gain power, which in turn charts the nature of decision-making and implementation in the country.

While the world tended to reject totalitarianism, Haidar believes that Islamist groups began in the nineties to adopt what was ended by most political systems, as the Brotherhood supported through al-Bashir’s rule, using force and violence as primary variables of power, believing that time stopped at Their stage.

Based on the uniqueness of the Islamist groups in power Haidar believes that this experience is evidence of the failure of these groups to run states on civilized grounds, but rather is a regression model of tools that have fallen, explaining that the fall of these regimes will leave the denial and disavowal by the Islamist groups to whom He headed the system, which is exactly what the Brotherhood did after the fall of al-Bashir.

He believes that the first problem that groups face when coming to power is the values of citizenship, and how to adapt them to serve the reality, and not reduce the resonant criteria by which they captured the feelings of the public.

As a result of the inability of the Islamists of Sudan to implement the concepts of citizenship, the Authority signed in the Naivasha 2005 a comprehensive peace agreement which separated the country in practice into two parts, and its division was later paved by internal and external factors, which led to the loss and tearing of Sudan, which the book considered a failure of the experiment.

Some of his books were banned in Sudan during the Bashir regime.

Ali is a staunch critic of groups that adopt religion as a political lever, in what is known as “political Islam”, or “the Islamists.”