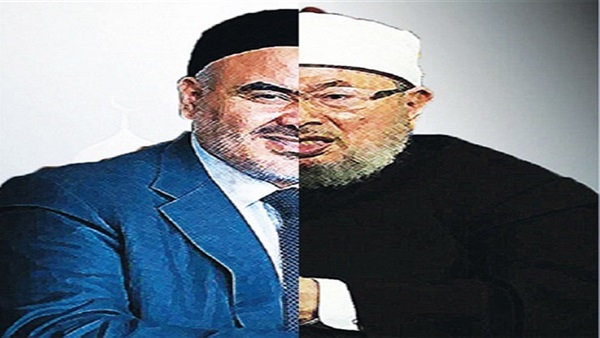 Sallabi and Qaradawi: Two sides of the same terrorism coin

As soon as the Libyan National Army (LNA), led by Field Marshal Khalifa Haftar, began its military campaign on Tripoli to clear the capital of the terrorist militias controlling it, Qatar’s arms in Libya began receiving funding on a regular basis.

Some of these arms explicitly acknowledged the role played by the Qatari regime since the first day of the February 2011 demonstrations to overthrow the Libyan state with the aim of sowing discord in the Libyan circles.

Ali al-Sallabi, known as the Qaradawi of Libya, emerged as one of the Brotherhood’s most prominent leaders directly associated with the Qatari regime, which offered him and his groups with financial support and political cover.

Ali Mohamed Mohamed al-Sallabi was born in Benghazi, Libya in 1963. He is No. 23 on the terrorism list announced by the Arab Quartet of Saudi Arabia, Egypt, UAE, and Bahrain.

In 2017, the Arab Quartet placed individuals and entities sponsored by Qatar on terrorism lists. These lists included 12 institutions and 59 individuals, including internationally wanted individuals.

Sallabi is known as the close disciple and heir to Yusuf al-Qaradawi, the spiritual leader of the Muslim Brotherhood. In addition, he was the architect of the Libya Dawn coup that toppled the dream of Libyans in the elections, which the Islamists lost.

The Libyan terrorist is ideologically and politically affiliated with the Muslim Brotherhood, and he also has strong ties with elements and leaders of the Libyan Islamic Fight Group (LIFG).

At the beginning of his life, Sallabi took political positions opposed to the former Libyan regime led by Muammar Gaddafi. However, that soon changed and he developed a close relationship with the late president, even being chosen as a member of the board of trustees of the Gaddafi Foundation.

Since the protests erupted in Libya, Sallabi has played a major role. He was one of the first defectors of the Gaddafi regime and contributed to the release of many terrorists from Libyan prisons, most of whom were from the LIFG.

In addition, he is considered the long arm of the Brotherhood in the country, where he worked to implement the group’s agenda, unify it, and spread its poisons through the Qatari Al-Jazeera network.

He was involved in receiving arms shipments and support from Qatar, handing them over to terrorist militias, and then facilitating a meeting of Libyan Islamist groups, including members of the LIFG, to coordinate their efforts in establishing the Libyan National Transitional Council.

In 2008, he signed a deal with the former Libyan regime in which members of the LIFG left Libyan prisons, including Abdelhakim Belhadj, who was a member of al-Qaeda.

After the fall of the former Libyan regime, Sallabi tried to exploit the situation and appear in the garment of the defender of the people’s rights. He sharply criticized former Libyan Prime Minister Mahmoud Jibril, considering himself as speaking on behalf of the people, which led to demonstrations involving thousands of Libyans condemning his statements.

Al-Jazeera is considered his sponsor, portraying him as the “spiritual father” of the Libyan revolution and a defender of the people’s interests.

What is striking is the number of epithets that appear for him on Al-Jazeera. He is hosted once as a theologian, another as a political analyst, and a third time as a military analyst.

In 2001, he worked with Saif al-Islam Gaddafi as a member of the Libya Al-Ghad project and was the link between the Gaddafi regime and some extremist groups.

Ali al-Sallabi is known to support armed groups linked to the al-Qaeda terrorist network in Libya, which are included in US and international sanctions.