Latest Posts
15:07
Home Gulf Affairs Prisoners in the war: A new episode in series of Houthi crimes in Yemen 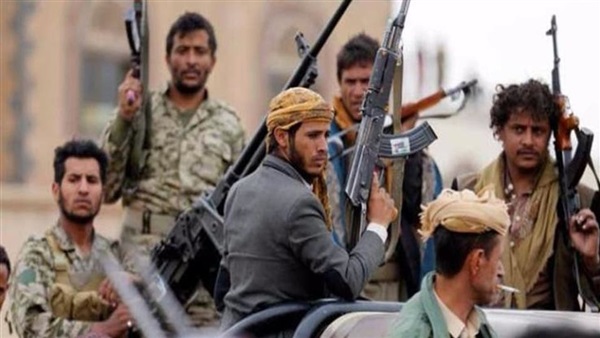 Prisoners in the war: A new episode in series of Houthi crimes in Yemen

As the Houthi coup militia intensifies its shelling and targeting of the joint forces’ positions in the Duraimi district, south of Hodeidah, western Yemen, it suffers from a shortage of terrorist elements due to the successive defeats it has suffered during the past months. The coup group tends to force state employees to join the fighting, and has also sought the use of prisoners to make up for this shortfall.

A Yemeni source in one of the jails of the coupists said in press statements that the Houthis released a large number of prisoners after signing statements confirming their joining of the fronts to fight in the ranks of the Houthis and overturn the penal provisions and give them the title of Mujahideen.

He added that the leader Abu Aqeel al-Houthi is responsible for meeting prisoners and convincing them to drop sentences from them in exchange for sending them to fight on the fronts, and give them promises to erase all their criminal records and call them Mujahideen.

The Yemeni source pointed out that the Houthis, especially after announcing the so-called victory of God through which they claimed control of the three Saudi brigades, have just created a coax.

Meanwhile, in February 2018, the Houthi militia subjected hundreds of prisoners to sectarian courses in preparation for sending them to the fronts of the fighting carried out by Iranian Houthi militias in various areas of its control.

Al-Houthi has been subjected to other prisons, torturing them, doubling years of rule and harming their families and relatives. Thus, special teams have been formed to deal with these prisoners who rejected the war in all Houthi prisons, transfer them and collect them in unified prisons with the title of “traitors of the master”.

Saleh Abu Abuzal, editor of the Yemeni daily Al-Yom 8, described the Houthis’ removal of detained civilians from secret prisons and pushing them to the front lines as a humanitarian crime that should not be tolerated because it is a horrific execution of prisoners who were recruited.

He explained in a statement to the Reference that the Houthi measure of incarceration of prisoners in the fighting, is an attempt to cover up the death of many of the abductees.

Abu Hudhil said that the Houthis committed a major crime recently in Dhamar province, after they placed several prisoners in locations identified as military objectives of the coalition, which resulted in the death of dozens of detainees, mostly civilians, including children.

He stressed that the justification given by the Houthis to the abductees, most of whom did not commit any offense is to release them in return for joining the fighting, but this is not an amnesty but executions in a heinous manner.