Latest Posts
18:10
Home Reports The Trump-Netanyahu relationship is sowing disaster for both countries 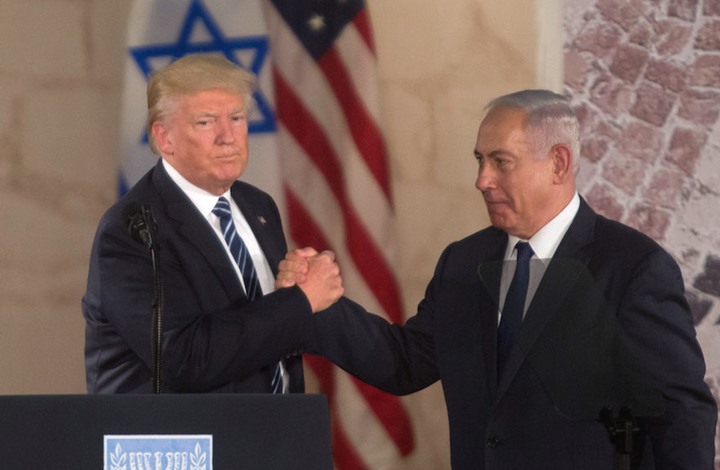 The Trump-Netanyahu relationship is sowing disaster for both countries

In the run-up to the Israeli elections, Donald Trump and Benjamin Netanyahu took a series of irresponsible steps to help the Israeli prime minister’s electoral prospects: Trump announced support for Israeli sovereignty over the Golan Heights, Netanyahu said he would annex parts of the West Bank and claimed he had US support, and Trump designated Iran’s Islamic Revolutionary Guard Corps a terrorist organization, a move for which Netanyahu immediately took credit.

Though Netanyahu may be the apparent winner of the Israeli election, Trump and Netanyahu should be careful what they wish for. While pleasing their rightwing supporters, the two leaders are doing severe damage to the interests of both countries.

Trump and Netanyahu have forged an overtly political relationship. Even before the most recent election, Trump had taken unprecedented steps that support Netanyahu’s agenda, from moving the US embassy to Jerusalem to cutting all US funding for the United Nations agency that supports Palestinians to closing the Palestinian office in Washington DC.

Netanyahu takes the blank check from Trump and cashes it in for more extreme policies. Marking a new level of recklessness in a pre-election gambit to get more rightwing votes, Netanyahu suggested that he would annex parts of the West Bank, an outrageous move that would destroy the progress Israelis and Palestinians have made over the decades, risk violence and garner widespread international condemnation.

If in the past US policy has been criticized for being one-sided in favor of Israel, Trump has abandoned of any semblance of even-handedness. And if previous Israeli governments have preserved space to pursue peace with the Palestinians, Netanyahu is implementing policies that could make a two-state solution all but impossible.

If these trends continue, everyone will suffer.

The Palestinian people will bear the brunt of the pain. With the United States cutting off its funding for the UN Relief and Works Agency for Palestine Refugees in the Near East (UNRWA) – which provides Palestinian refugees with healthcare, education, and food – countless Palestinians could be hurt.

Israel will be less safe. Pulling funding from the Palestinian Authority will disrupt counter-terrorism cooperation with Palestinian security services. That’s why many Israelis believe the move endangers Israeli security, as the retired Israel defense forces lieutenant colonel Peter Lerner made clear: “These abrupt steps will only empower the radicals … hardballing the Palestinian[s] is likely to blow up on Israel’s doorstep.”

Israeli democracy will continue eroding. The Israeli government discriminates against Arab Israelis, evidenced by a new measure giving Jews special status under the law. Members of Netanyahu’s party took cameras into polling places in Arab neighborhoods to intimidate voters during this week’s elections. All of this is in addition to Israel’s repression of millions of Palestinians in the occupied West Bank. The undermining of Israel’s democratic norms will affect its moral stature and its relationships with countries that support the country not only as the homeland of the Jewish people and a strategic partner but also as a democracy.

The US-Israel relationship will deteriorate. The embrace between rightwing counterparts in the United States and the rightwing Israeli government is driving the US-Israel relationship into an unsustainable place. The more the United States embraces extreme Israeli policies, the more Americans will refuse to back Israel as long as it denies rights to Palestinians, eschews diplomacy, and undermines the very nature of Israeli democracy.

To the world, America will look more like a villain. Trump’s disregard for Palestinian interests is yet another reaffirmation for many that Trump’s America is racist; it will further alienate America from global partners and publics.

Chances for a two-state solution will become even more remote. While the prospects for peace right now are very low – and the Palestinians’ lack of leadership and Hamas’s violence and repression in Gaza deserve significant blame – Trump and Netanyahu are creating more roadblocks to peace while ensuring the Palestinians stay away from the negotiating table. Jared Kushner might as well scrap whatever peace plan he’s working on.

For America to play a constructive role in supporting peace, a reasonable discussion over US policy is necessary. But Trump is poisoning the debate in the United States by politicizing the relationship and stoking antisemitism. Out of one side of his mouth, Trump claims he is a champion of Israel – which he defines as supporting Netanyahu’s agenda and siding with Israel against its neighbors in disputes – while accusing Democrats of being “anti-Israel” and “anti-Jewish”. Out of the other side of his mouth, Trump gives license to white supremacists and fuels antisemitism.

Furthermore, US impartiality is not necessary for the US to support diplomacy. The special US relationship with Israel provides the United States with the unique ability to have difficult conversations about the need for Israel to compromise in pursuit of peace. Only this kind of friend can play a key brokering role in peace talks.

Right now, Israel needs to hear sobering advice from its friends in America about the dangerous path the country is on. And the Trump administration needs to realize that it is playing with fire in its approach to Israel.