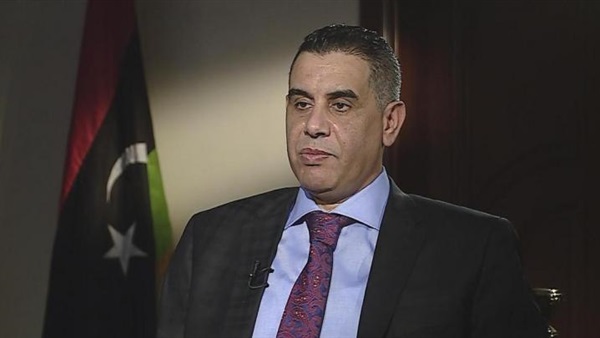 Ali al-Qatrani, vice president of the Libyan Presidential Council, has resigned to expose Fayez al-Sarraj, the president of the council and the reconciliation government, to ​​the armed militias. He revealed that the reasons for his resignation are due to the support of al-Sarraj to armed groups.

The resignation is a blow to the presidential council, which, according to al-Qatrani’s statement, has become a “soft instrument” for militias to “intimidate, steal and control state resources and the wealth of the people.”

Qatrani said: “The armed militias and terrorist groups are belonging to the Brotherhood, which leads the battle against the Libyan National Army forces inside Tripoli, funded by the Presidential Council».

“The presidential council has become a hostage in the hands of terrorist groups, especially the Libyan Armed Group, the armed wing of the Muslim Brotherhood, which exploited the weakness of the reconciliation government to control state resources, funding its military operations against the Libyan National Army forces and undermining the youth of the capital to fight in their ranks.”

Leader of the militia

Fayez al-Sarraj, who said he was addressed to the Libyan people on Saturday (April 6th), explained his affiliation with the Brotherhood. He delivered the slogan of the group’s Justice and Building Party, while the Libyan National Army was vowing a “no-win war.”

Libyan analysts believe that Al-Sarraj took part in the “evil of his work” when he addressed the platform of the Justice and Building Party. He confirmed the fact that he followed the Brotherhood and was biased towards the armed militias.

Former Libyan official Ammar al-Tayf said there was a close relationship between the Brotherhood and Fayez al-Sarraj, in a post on his official Facebook page entitled “Al-Sarraj and the Brotherhood’s Brothers” that Al-Sarraj is considered a main sponsor of the armed militias which was established by the Muslim Brotherhood.

The role of Turkey and Qatar

The Libyan National Army highlighted the role played by Qatar and Turkey in Libya. Army leaders revealed alliances between al-Qaeda, the Brotherhood and criminal gangs. Their meetings are sponsored by Turkey and Qatar, according to Sky News Arabia.

Doha funds al-Qaeda and Ansar al-Shari’a groups. Charities take shelter in Libya and they serve as a breeding ground for terrorism; Doha and Ankara seek to support terrorist groups, finance them and equip them with arms to control the country’s wealth.