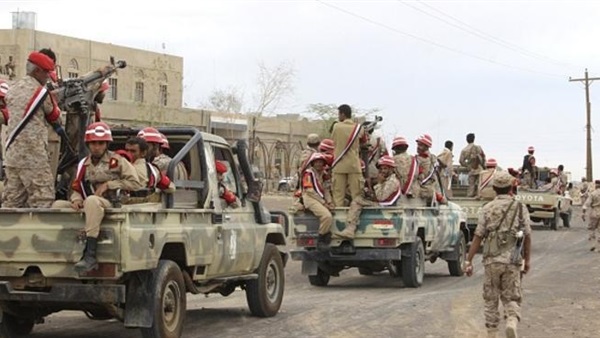 The Yemeni national army supported by the Arab coalition, seized control over the international road between Saada and Saudi Arabia, Al Arabiya quoted Yemeni military sources as saying on Thursday.

The sources confirmed that the army backed by the Arab coalition is battling, in the last few days, with the Houthi militias in the mountainous areas surrounding the district of Baqim near Saada and that the national army gained full control over a town at the entrance of the district after inflicting loses among the militias.

On the western coastal front of Yemen, many casualties were reported among the Houthis after the Arab coalition staged air strikes targeting a training camp in Abs district in Hajjah governorate.

The air strikes also destroyed a gathering for the militias as well as an ammunition depot at a military camp east of Hodeidah port city.

On the west side of Hodeidah, local residents reported that the Arab coalition military ships bombarded, in the past hours, positions of the Houthi militias in the coastal area and that among these positions was a partly constructed building, which the Houthis turned it to a military site and deployed its members in it.