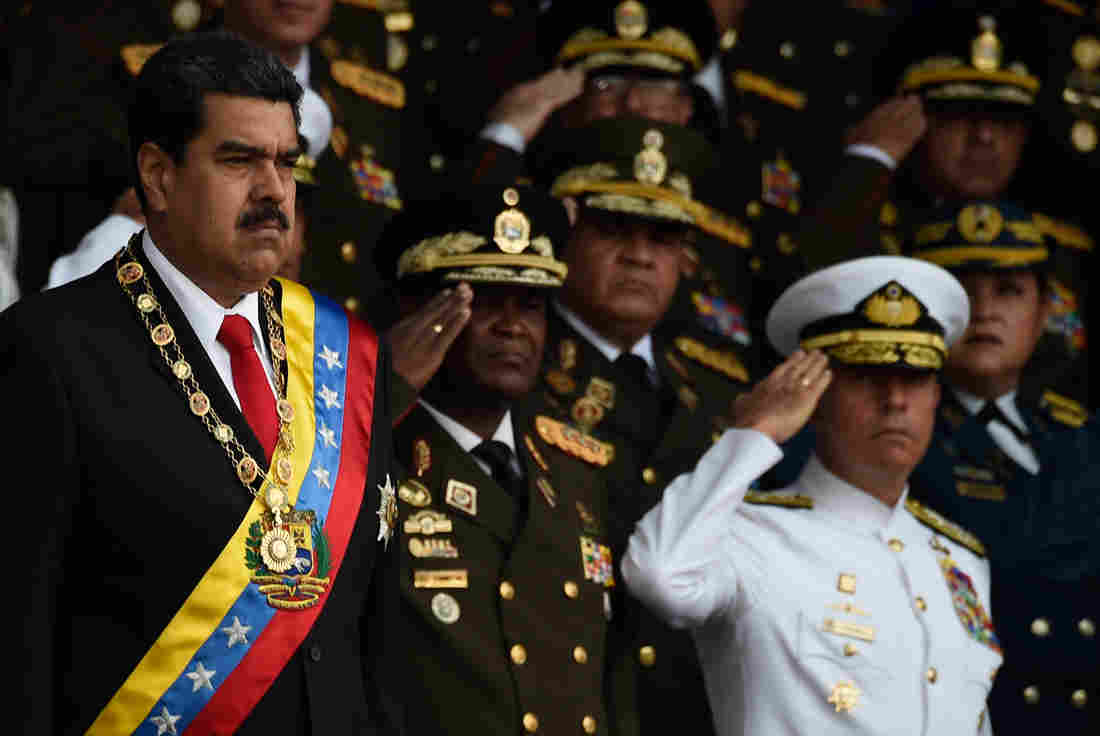 Venezuela’s president, Nicolás Maduro, has survived an apparent and audacious when, according to official reports, drones loaded with explosives flew towards the president while he was speaking at a military parade in Caracas.

At least one explosion rocked a military event where Maduro was giving a speech on Saturday and the government said it was a failed assassination attempt.

Maduro and his wife, Cilia Flores, looked up at the sky and winced while the president was mid-speech after hearing the sound of an explosion pierce the air.

Maduro, a leftist who replaced President Hugo Chavez after his death in 2013, was unharmed but Rodriguez said seven National Guard soldiers were injured.

According to Maduro, the plot was concocted by an international cabal of rightwing schemers. He claimed the Colombian president, Juan Manuel Santos, was “behind the attack”, supported by a network of plotters and financiers based in Florida, adding that a group of hired assassins had already been captured.

“I have no doubt that the name (Colombian President) Juan Manuel Santos is behind this attack,” he said.

He added that initial investigations “indicate that various of those financing it live in the United States, in the state of Florida”.

“I hope that President Donald Trump is ready to fight these terrorist groups,” he said.

The Venezuelan government also has blamed the country’s far-right, the United States and Colombia for the attack.

A little-known group called the “National Movement of Soldiers in T-shirts” claimed responsibility for the attack. In a series of posts on social media, the group said it had planned to fly two drones but that snipers shot them down.

“We demonstrated that they are vulnerable. We didn’t have success today, but it’s just a question of time,” said the group, which says it was founded in 2014 to bring together all of Venezuela’s “groups of resistance”.

Images being shared on social media showed officers surrounding Maduro with what appeared to be a black bullet-proof barrier as they escorted him from the site. Maduro said at no point did he panic, confident the military would protect him.

“That drone came after me,” he said. “But there was a shield of love that always protects us. I’m sure I’ll live for many more years.” 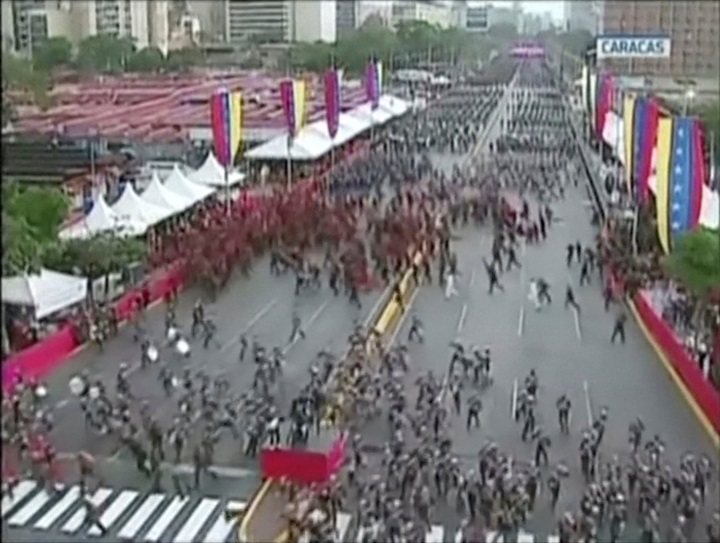 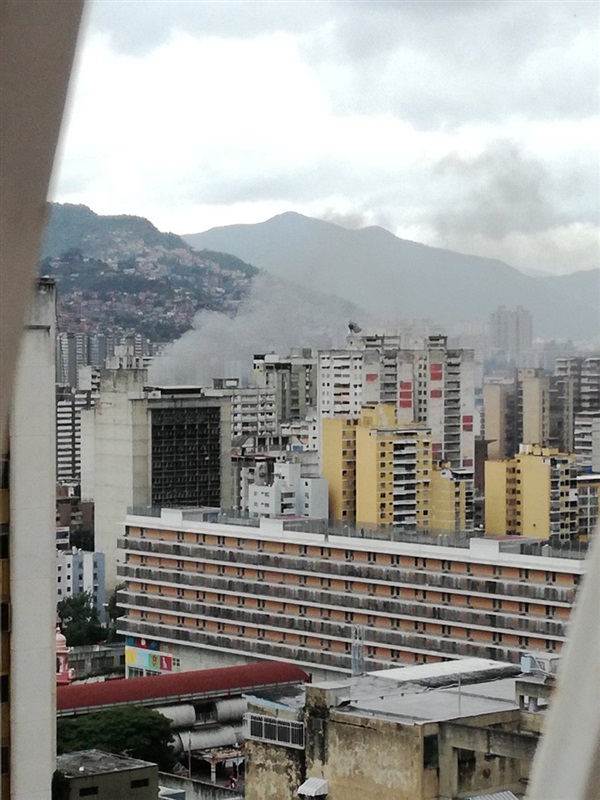 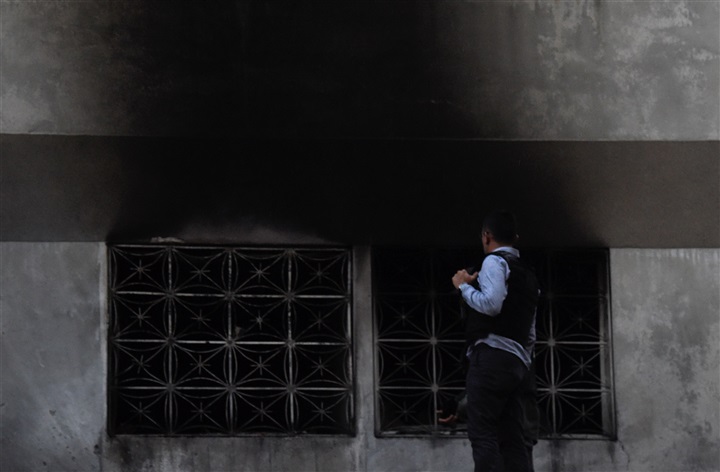 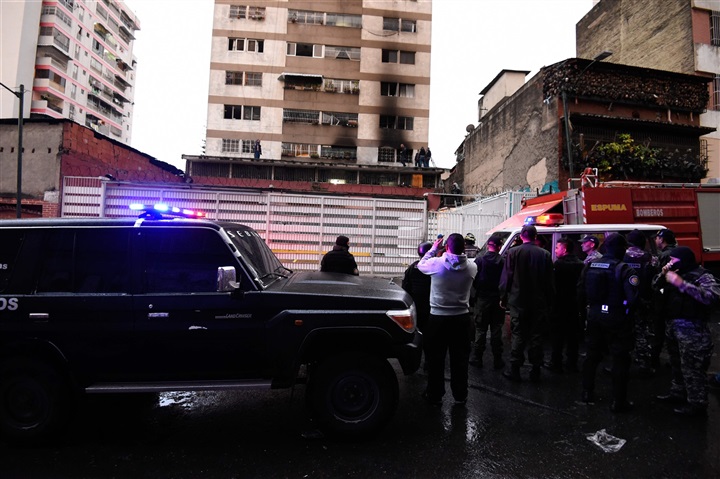