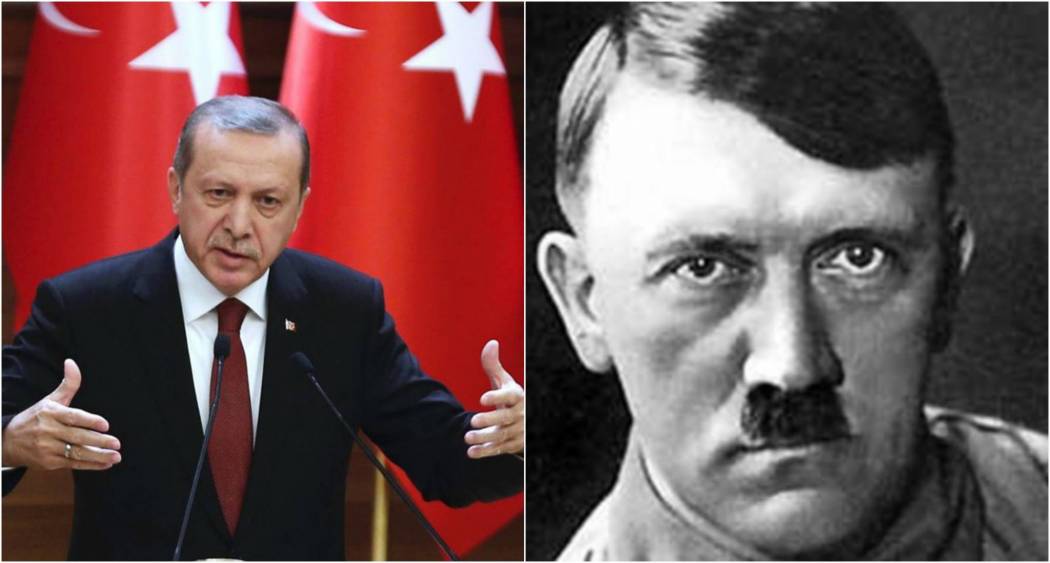 Turkish writer Asli Erdogan opened the fire at the conditions in Turkey and the dictatorial policies adopted by Turkish President Recep Tayyip Erdogan by saying, “I think we are now in Turkey in front of a fascist regime. I am not saying that we are in a kind of Germany in the 1940s, but in the 1930s.”

Asli Erdogan, who has nothing to do with Erdogan, has attacked the judicial system in Turkey by saying that judges do not have enough experience and are only working on the orders and instructions of the Turkish political administration.

The Turkish writer, who was sentenced to prison in her country and is living in exile in Germany, expressed concern about the current situation in her country. She said, “The situation is dangerous and Turkey has become, under the rule of President Recep Tayyip Erdogan, a fascist state.”

Asli said in an interview with AFP, from Germany where she was living in exile, that the way things are going in Turkey are similar to Nazi Germany.

Asli Erdogan, 51, said, “I say that we do not look like Germany in the 1940s, but in the thirties, before the Nazi regime grew stronger.” The award-winning writer does not show any confidence in the Turkish judiciary.

She herself is being accused of “terrorist propaganda,” especially after working for the Kurdistan Workers’ Party (PKK), which is regarded by Ankara and the West as a terrorist organization.

“The absence of the judicial system is a decisive factor in the deterioration of Turkey,” Asli said. “Turkey’s prisons are overcrowded and the investigations are entrusted to young judges who have no experience but are loyal to power. They have also replaced those who were removed from their jobs after the failed coup in July 2016,” she said. Asli Erdogan is today one of the tens of thousands of people who are wanted by the authorities. The Turkish writer was detained for 137 days.

Ankara, on the other hand, rejects accusations against it of human rights violations and says it is moving in line with appropriate measures to counter the threat against the existence of the state. Asli Erdogan criticizes the Turkish president’s takeover of the country. : “He is the one who determines the prices of medicine and the future of classical dance, who gives his family members posts in the economic affairs … The opera he hates is also directly related to him.” “It’s funny and embarrassing at the same time,” she said.

With the strengthening of the powers of the Turkish president after the recent elections and the trend to issue a controversial law called “Counterterrorism” to replace the state of emergency, the Turkish writer sees things are going from bad to worse. So, she does not cling to any hope that she will be acquitted by the judiciary, in the trial sessions that will begin next October.

The most severe types of torment:

The writer recalls journalists who have been sentenced to prison, and even life imprisonment in recent months. Asli says her presence in exile in Germany gives her some safety but she is eagerly waiting for her verdict.

She says: “One of the worst kinds of torment is to keep one’s fate unknown.” Asli Erdogan was released from Turkish prisons in December 2016. In September 2017, she regained her passport and immediately moved abroad, like a large number of intellectuals and artists. She has been living in Frankfurt since then and is taking advantage of the book support program. But Asli Erdogan is still unable to write, live under shock, frustration, lack of sleep and health effects, but she frequently participates in cultural seminars and conferences and seeks to defend prisoners in Turkey for political reasons. “I have been pushed into a political role I have to do it well. ”