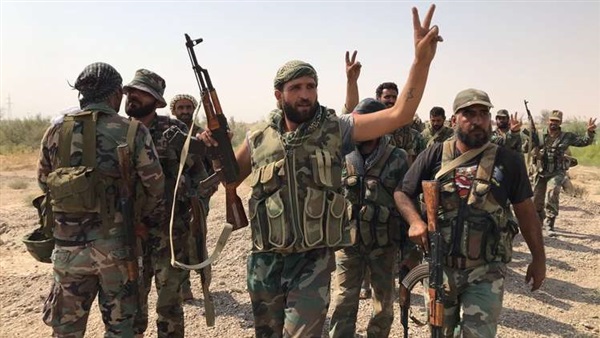 The Syrian army targeted a gathering of Daesh terrorist group in As-Suwayda countryside by airstrikes and intensive artillery shelling, the Syrian Observatory for Human Rights (SOHR) said on Sunday.

The Syrian military reinforced its positions along the eastern borders of As-Suwayda city in order to thwart any Daesh attempt to infiltrate into secured villages and cut off the terrorists’ supply lines, according to a SOHR report cited by Al Arabiya Al Hadath TV news channel.

Up to 50% of the desert in the area is dominated by Daesh, SOHR added.

The Syrian Democratic Forces (SDF), for their part, expressed readiness to partake in the Syrian army operations against Daesh militants in As-Suwayda countryside and help liberate its eastern parts.

The SDF, backed by the US-led coalition, announced that they controlled Deir ez-Zor desert after fierce clashes with Daesh militants.