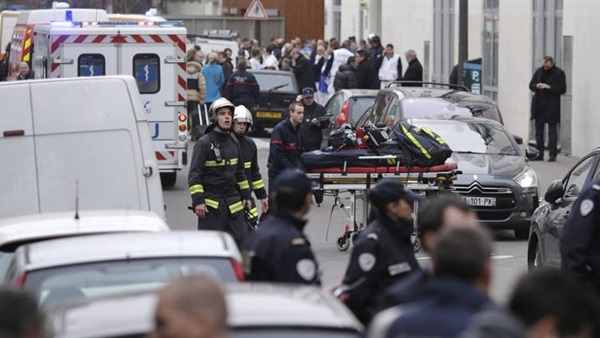 After Few hours from the calls of Daesh’s leader Abu Bakr al-Baghdadi, to attack civilians in countries at war with the extremist group, knife-armed man has attacked passersby, killing one and seriously injuring two others, before being shot by police in Trappes, west of Paris.

In the second day of Eid al-Adha, Abu Bakr al-Baghdadi, urged followers to attack enemies everywhere by all means, including in knife attacks.

Al-Baghdadi calls to continue fighting in Iraq and Syria and other areas, and targeting Western countries with explosive devices and bombings.

He said “For the Mujahideen [holy warriors] the scale of victory or defeat is not dependent on a city or town being stolen or subject to that who has aerial superiority, intercontinental missiles or smart bombs”.

“Oh Caliphate soldiers… trust in God’s promise and His victory, for with hardship comes relief and a way out,” he added.

His last audio message was released in September 2017, two months after Iraqi government forces recaptured Mosul and one month before IS militants were driven from their Syrian stronghold of Raqqa by a US-backed alliance of Kurdish and Arab fighters.

The newspapers reported that the man first sheltered in a house after attacking people with a knife and then was shot by police.

Daesh group has claimed responsibility for a knife attack in a Paris suburb that has left two people dead.

The group posted its claim for the Thursday attack through its Aamaq news agency in a post shared on social media channels.

Three days ago, Daesh claims multiple attacks in Chechnya, militants carried out a spate of attacks against police forces, Killing at least one officer and injuring three others and a civilian woman.

The Paris bombings of the mid-November, known as the “Paris attacks”, which included mass shootings, suicide bombings and hostage-taking, was the bloodiest in France since the Second World War, which killed 130 people and wounded 368 people.

On 17 September last year, the elements of the preliminary investigation, in the event of a French military stabbing attempt, stated that the man shouted Allah Akbar before attacking the military.

It is noteworthy that Daesh until last year, controlled large areas of Syria and Iraq; but was forced to retreat to the desert after successive defeats in separate attacks in the municipality.