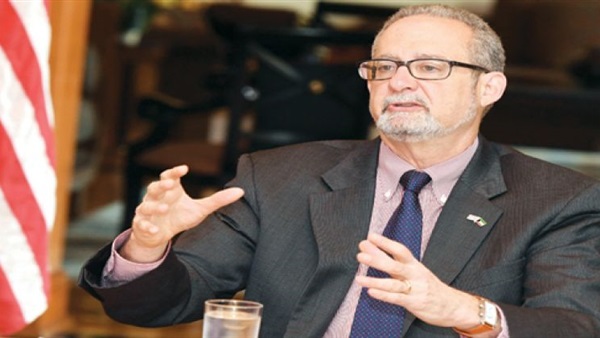 US diplomat: Egypt’s role in ME “pivotal”, cooperation with Cairo growing

In statements to MENA correspondent in Kuwait, Silverman said cooperation between Cairo and Washington since US President Donald Trump assumed office has been on the rise at various levels in view of the two states’ common resolve to combat terrorism and dry up its financing resources.

The ambassador’s remarks were made on the fringe of his participation in a ceremony held by the Egyptian Embassy in Kuwait to mark the 66th anniversary of July 23 Revolution.

Silverman also asserted that the US was deeply interested in backing Egypt’s ambitious economic reform program, noting that Egypt’s economic growth rates are currently exceeding that of the US economy.

Despite all challenges, Egypt’s economic reform plan will indeed secure a better future for the Egyptian people in the medium term and in the long run.

The American ambassador also said his participation at the ceremony was made upon an invitation from Egyptian Ambassador Tareq el Qouni, voicing his best wishes to the Egyptian people and government on the occasion.

As per the US administration’s view of the current Gulf crisis, the ambassador said Washington wishes to see a final agreement for the Gulf crisis reached as soon as possible in order to reunite the Gulf Cooperation Council (GCC) member states especially in light of the alarming Iranian policy in the region.