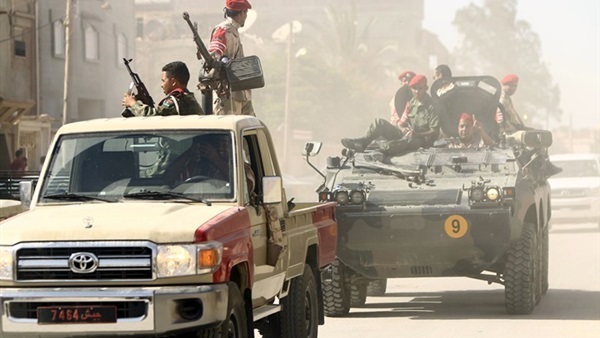 The National Libyan Army (LNA) will head to the coastal city of Sirte and Tripoli, a military source said on Sunday.

LNA will head to secure Sirte after it liberated Derna from terrorists, the source told THE REFERENCE on condition of anonymity.

The source said the military confrontation would be against the Muslim Brotherhood militants in the city. LNA commander Field Marshal Khalifa Haftar declared on Thursday the recapture of the eastern city of Derna.