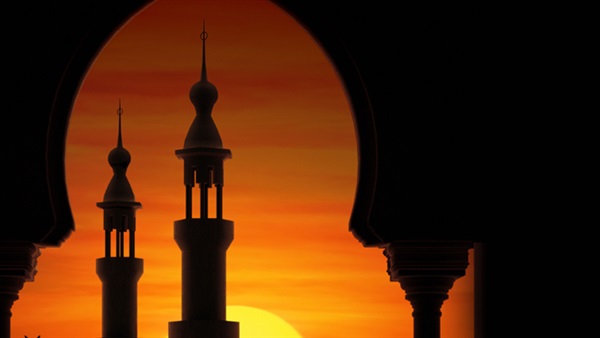 Islamist parties in Northern Arab Maghreb (Tunisia, Morocco and Algeria) managed to survive the political storm, which swept across the Arab world in 2011, when they slyly raised the white banner of the Political Islam. They were also voted partners of the government when they joined the chorus, singing popular songs of democracy, freedom, citizenship and social justice. The extraordinary partners in the political life  included Al-Nahda Party in Tunisia, Reforms and Unity Party in Morocco and the Society of Peace Party in Algeria.

Moreover, they successfully manouevred to gain more strongholds in the political street when they swore their loyalty to the basics of the state sovereignty and identity. The new phenomenon in Northern Arab Maghreb was widely regarded as a coup against the project of the Muslim Caliphate, a lifelong dream overwhelming Islamists for decades.

It was apparent that unlike other Islamic movements and groups prowling the Arab world, Islamic parties in Arab Maghreb decided to react differently to the political events, which engulfed the region in 2011 by embracing exceptional vision of the Muslim Caliphate. For example, the Muslim Caliphate was the ultimate goal sought by the global Hezb ut-Tahrir (Islamic Liberation Party), which was established in Jerusalem in 1953. ISIS’s leader Abu-Bakr el-Bughdadi sought violence and brutalities to realise the Muslim Caliphate at any expenses.

Therefore, the central question in this study is why and how Islamic parties in Arab Maghreb in 2011 changed their minds about that Muslim Caliphate, for whose sake blood was shed and innocent people were massacred. The study is also interested in comparing the attitude these parties adopted to ISIS’s before this militant group was defeat in Syria and Iraq.

First-the vision of Islamic parties of the Muslim Caliphate

Manouevering to weather the political storm in 2011, Islamic parties in Arab Maghreb countries displayed lukewarm enthusiasm to that call, which was raised about 80 years ago by Hassan el-Bana, founder of the Muslim Brotherhood. Addressing the MB’s 5th Congress in 1938, el-Bana exhorted [Muslims] to honour the Muslim Sharia and bid to revive the Muslim Caliphate.

Bearing in mind the MB’s tragedy in Egypt in 2013, major Islamic parties in Arab Maghreb declared that they were not seeking the resuscitation of the Muslim state, which was first established by Prophet Mohamed. Instead, they voiced their support to the values of democracy and the state sovereignty.

Tunisia’s Al-Nahda must have taken the lead in this respect. The Muslim Caliphate project was nowhere in the political programme Al-Nahda revealed in its 10th Congress. The party stressed that preserving the unity of Arab Maghreb was its chief goal ahead of realizing the Islamic unity.

Al-Nahda also asserted that  the basics of its political ambition were citizenship, freedom and responsibility. In its preamble, Al-Nahda’s charter asserted that the party is a nationalist party with Islamic background. The preamble also stressed that Al-Nahda honours and respects the Tunisian constitution and its republican system to help build the modern Tunisia.

Moreover, starting in May, 2016, Al-Nahda’s leader Rached al-Ghanouchi has delivered several messages, in which he did not mention the idea of the Muslim Caliphate.  Nor did al-Ghanouchi stop there, either. The party’s leader criticized Islamic parties, which were attempting to foist their radical vision on society. He dismissed allegations, which gave the State the right to impose  a certain faith on the people. He limited the commitments of the State to providing services to the citizens.   In an interview with French magazine le Monde in May 2016, al-Ghanouchi denounced self-proclaimed guardians of Islam.

In his interview, which was published in several Arab newspapers, Al-Nahda’s leader highlighted the coexistence of Islam and the State. He reiterated emphasis in the Tunisian constitution that it is the State—not Islamic parties—which is responsible for the protection of Islam and Muslims. “Islam does not need a party to protect it,” al-Ghanouchi said.

Unlike its Tunisian counterpart, which gulped the bitter medicine in the aftermath of the political turmoil in 2011; Algeria’s Society of Peace Party preferred to start with a low dose in 1976 after the outbreak of tensions in Algeria. However, in the wake of the 10-year bloody confrontation in 1992 between the regime of late Algerian President Houari Boumediene and the Islamic Salvation Front (ISF) Islamic parties in this Arab country relinquished its lifelong dream altogether in May 2015, two years after the fall of the MB in Egypt. In its 5th Congress, ISF made a stunning statement, in which its leaders paid loyalty to the civil state. They also pledged to campaign for the national unity and unshakable sovereignty of Algeria.

ISF’s leaders also pledged support to the Republic of Algeria, the multiparty system and the peaceful transfer of power. Algeria’s major Islamic party chanted its political slogans more powerfully in its 7th Extraordinary Congress in May, 2018. Algeria’s Islamists also called for the establishment of vibrant free zone in the Arab region and for the enhancement of economic exchange between Muslim countries under the ICO’s umbrella (Islamic Cooperation Organisation).

Morocco’s Justice and Development Party, decided to pluck a chord different from that of its parent Reform and Unity, which based its religious legitimacy on its call for the establishment of the Muslim Caliphate.

Since 2011, JDP has declared itself the guardian of the civil state in Morocco as long as it honoured Islam and its tenets.  The party’s secretary-general Saad-Eddin al-Osmani told the Mauritanian online newspaper Reporters in January 2016: “The issue of the Muslim Caliphate has never been on our table. Nor have we ever endeavoured to replace the Kingdom of Morocco with a Muslim state.”

The party’s senior official dismantled concerns, accusing Islamic movements of embracing an Islamic project. He was quoted repeatedly in the Moroccan media as saying that since its establishment, JDP had been celebrating democracy. He said that the word Shura was nowhere in the party’s agenda. “We support the principle of democracy,” he said. “But the Shura is only a system,” he noted.

The credibility of the statement by the party’s secretary-general was reinforced after its leaders spared no opportunity to lend their support to the civil state, which, they stressed, was vastly different from the proposed Muslim Caliphate.

Second-Differences between Islamic parties and ISIS over the Muslim Caliphate

Walking in the footsteps of the World Union of Muslim Scholars, Islamic parties in Arab Maghreb unanimously refused to recognise ISIS’s leader Abu-Bakr al-Bughdadi as the Muslim caliph. WUM’s head, Sheikh Youssef el-Qaradawi, released a statement, in which he condemned ISIS’s preposterous declaration in July 2014 of the Muslim Caliphate. El-Qaradawi, who is widely regarded as the MB’s godfather, accused al-Bughdadi of  ‘hijacking the revolution launched by Sunni Muslims.’

A month after Abu Bakr al-Bughdadi revealed his alleged Muslim project, Tunisia’s Al-Nahda denounced such a move as an insensible act giving a misleading message to the people. Al-Nahda’s al-Ghanouchi insisted that ISIS had done injustice to Islam by associating itself with the establishment of the alleged caliphate. He said: “ISIS, which is infamous for its violent and extreme ideology, has distorted the idea of the Muslim Caliphate. Such a move has done injustices and claimed a big number of victims.”

Al-Bughdadi’s July Declaration prompted al-Ghanouchi to clarify the situation in the Tunisian newspaper Al-Shorouk. He said that Prophet Mohamed’s state in the holy city Medina was based on citizenship and peaceful coexistence of different religions and races. “On the contrary, ISIS is sowing the seeds of sedition and division,” Al-Nahda’s leader said.

The Moroccan Justice and Development Party did not lag behind. Its leaders released a statement, in which they also denounced ISIS’s ideology and rejected al-Bughdadi’s declaration as violating the basics of Islam. JDP also strongly condemned ISIS for threatening the Kingdom of Morocco.

ISIS’s July Declaration instigated mixed reaction in Algeria. While the Society for Peace Party did not pay attention to the declaration of the Muslim Caliphate, it warned that ISIS was posing a real danger to Algeria and its people. SPP’s leaders also urged the government to help rehabilitate Algerian young people who returned from the warfronts in Syria and Iraq.

It was apparent that major Islamic parties in Arab Maghreb had to weigh very carefully their reaction to ISIS’s declaration of the Muslim caliphate, otherwise they would shake bridges they built with international circles and lobbyists. It is also clear that certain words and terms, such as democracy, citizenship, social justice, etc. helped Islamic parties in Arab Maghreb to airbrush their images to win hearts locally and internationally.

In mid 2013, the year, in which Egypt’s MB fell apart, Islamic parties in Arab Maghreb found it wise and profitable politically to dampen—temporarily nonetheless—their enthusiasm about the Muslim Caliphate. They decided to jump in the ship of the civil state, otherwise they would be left stranded. They were deeply concerned that washing their hands off such an issue would shake their credibility and legitimacy.

There are growing concerns that Islamic parties in Arab Maghreb are seeking the opportune time to safely tout the Muslim Caliphate. That opportune time would come when these parties seize power in their countries and rekindle Hassan el-Bana’s lifelong dream.