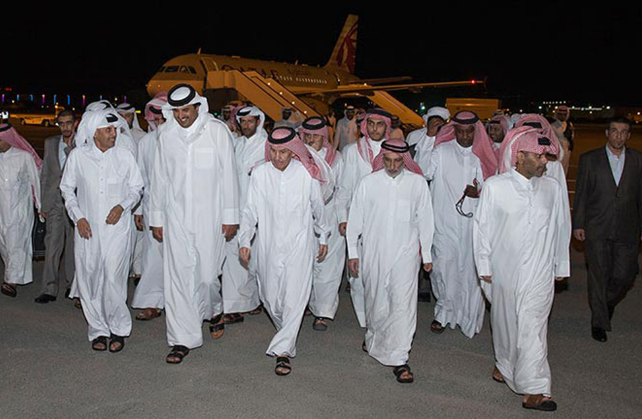 New proofs of the Qatari supporting to terrorism through ransoms

While Doha continues to deny it paid funds to terrorist organizations as part of the deal to release 28 Qataris, including members of the ruling family kidnapped in Iraq in 2015, messages leaked recently suggest otherwise.

These messages confirm that Qatar received assistance from several countries to ensure the release of those kidnapped. They reveal that the amount of $360 million that was seized at Baghdad airport was directed to terrorist groups, including Iranian Qassim Soleimani, and a number of officials.

The details of the “deal” were revealed by Washington Post on April 2018 and summarized by Al Arabiya English here. BBC has now obtained electronic documents that detail the “tortuous story of the negotiations, line by line, in texts and voicemails sent between the (Qatari) foreign minister and the ambassador.”

The documents reveal a vague Qatari initiative with Iraq to “strengthen bilateral relations and ensure the safe release of the abductees,” explaining that Qatari diplomats signed a series of side payments ranging from $5 to $50 million to Iranian officials, Iraqis and paramilitary leaders, with $25 million allocated to a senior official of Hezbollah militia.

In addition to the allocation of $50 million to Qasim Soleimani, the messages show that the payment plan has allocated an additional $150 million in cash to individuals and groups who act as intermediaries, although US officials have long viewed them as supporters to international terrorism.

Among the mediators referred to by the report are the militias of Hezbollah, an Iraqi paramilitary group linked to attacks on US forces during the Iraq war, as well as the Lebanese Hezbollah militia and at least two Syrian opposition groups, including al-Nusra, the military wing linked to al-Qaeda in Syria.

The documents prove that the total amount demanded has arisen to $1 billion for the return of the hostages, many of whom were reported to have been executed by the kidnappers, but Ahmed al-Asadi, spokesman for the militia of Alhashd Eshaabi in Iraq, has denied this.

The leaked messages were part of the talks between Qatar’s ambassadors and Qatar’s foreign minister, including what the Qatari ambassador to Iraq, chief negotiator in the case of hostage Zayed bin Said al-Khayarin, wrote.

“The Syrians, Hezbollah, Lebanon, Hezbollah, Iraq – all want money. It is their chance, “he said, in addition to talking to a terrorist who is negotiating with them, saying:” You will get your money after we take our members,” he is reported to have said.

They also prove that Qatar has played the role of mediator between the al-Fateh Army and Iran, in what is known as the controversial “agreement of the four cities”, which was a major demographic change in Syria.

The documents suggest that there was no connection between Iraqi authorities and the issue, and also that the United States did not know the abductors and their abductees whereabouts. 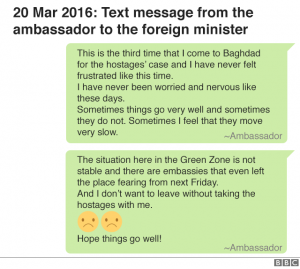 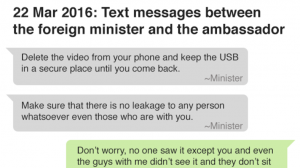