Latest Posts
21:43
Home Reports Marijuana is a gift from God 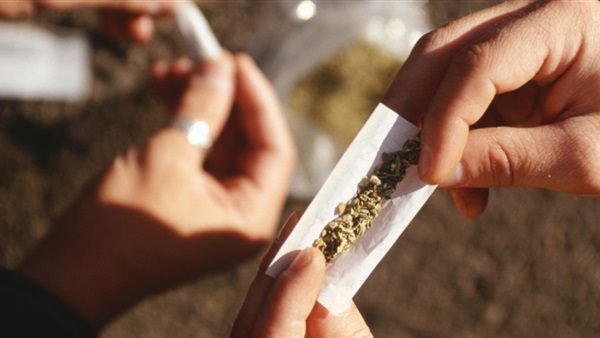 Marijuana is a gift from God

An LDS missionary passes by the Salt Lake Temple at Temple Square in Salt Lake City. Voters this fall in Utah will cast ballots on a measure that would allow medical marijuana. (Isaac Hale / For The Times)

Brian Stoll faced a dilemma as his wedding day approached. For more than a year, he had been smoking marijuana to treat severe back pain, but to remain in good standing with the Church of Jesus Christ of Latter-day Saints and get married in the temple, he had to stop using pot.

Since marijuana was illegal under Utah law, church leaders told him, it was forbidden. Stoll turned to an opioid painkiller and has continued using it since his marriage three years ago, despite unpleasant side effects and its inability to match the soothing qualities of marijuana.

“This was devastating … I had to choose between my health and my fiancee,” Stoll said recently. “It seemed asinine that if I lived in another state, I wouldn’t have to make such a difficult decision.”

Perhaps soon, Stoll said, that could all change for him and his fellow Mormons in Utah.

In November, voters here will consider a ballot measure to legalize medical marijuana and possibly join 30 others states that allow its use.

While opponents, including a group of Utah doctors, have characterized Proposition 2 as a clear and dangerous step on the path toward legalizing recreational pot in the state, supporters say the initiative is a move of compassion.

Dozens of parents of children with severe illnesses, including epilepsy, who say they rely on marijuana for treatment, have become the public faces for the campaign. The initiative, supporters argue, is also a necessary response to the opioid epidemic. Every year between 2013 and 2016, roughly 600 Utahns have fatally overdosed on opioids, according to a recent report from the Kaiser Family Foundation.

“We’re talking about medical marijuana, which science time and again has shown to have benefits for people in pain and suffering,” said DJ Schanz, a Mormon and the director of the campaign supporting the measure. “People are being prescribed pills but can’t use something natural.”

Among those gathering signatures to place the measure on the ballot was Stoll. The product of a devout Mormon home in the Salt Lake Valley, he started taking prescription opioids in 2012, after fracturing his back in a fall during his sophomore year at Brigham Young University.

The pills helped somewhat, but he hated the possibility of growing addicted. So at 24, Stoll bought a mini bong and some pot, and soon his life changed. The pain faded, and he could sit through church services and go on hikes. Fears of addiction no longer flooded his mind, and his mood improved.

But then came his engagement and his desire to be married in the temple. He now takes a tablet of Tramadol most mornings. The powerful opioid can cloud his mind and make him drowsy, but he said that without it, he couldn’t sit through the four-hour service at his Mormon meeting house. The gnawing pain in his back would turn to a throb.

One recent Sunday morning, Stoll gulped down the small, white pill as he rushed out the door and headed to his church.

Stoll opens the car door for Rachael as he carries Everly before attending a church service at a LDS meeting house in West Jordan, Utah.

Stoll opens the car door for Rachael as he carries Everly before attending a church service at a LDS meeting house in West Jordan, Utah. (Isaac Hale / For The Times)

According to a recent Salt Lake Tribune-Hinckley Institute of Politics poll, two-thirds of voters in Utah, where more than 60% of the population identifies as Mormon, support the medical marijuana proposal.

The leaders of the church, whose membership tops 16 million worldwide, “have enormous sway in Utah,” said Philip Barlow, a professor of Mormon history at Utah State University. And yet, he noted, “Mormon conclusions are not monolithic.”

“Among the majority in the state who identify as LDS, a fair portion of these, as with all religions, are not robust or active in practicing their faith,” Barlow said. “They simply identify as Mormon, as opposed to Baptist or Muslim.”

The Mormon Church has a history of weighing in on social issues.

In 2008, church members helped bankroll a successful campaign in California for Proposition 8, which banned same-sex marriage in the state until it was struck down as unconstitutional. Last year in Utah, the church supported a successful effort by lawmakers to create the lowest blood-alcohol driving limit in the country — 0.05% — despite concerns from the state’s tourism industry.

Utah has a long history with pot. In the early 1900s, it was among the first states to ban cannabis, following the return of Mormon church members from missions in Mexico, where some historians have said they used pot, according to a reference handbook on marijuana by scholar David E. Newton.

During the state’s current battle, Gov. Gary Herbert, a Republican and a member of the Mormon church, has voiced his reservations about Proposition 2.

While traveling the state, Herbert said, he has met with Utahns recovering from addiction who have told him “that marijuana was their gateway drug to other more dangerous and addictive drugs.”

“To a person,” Herbert said, “they have argued against the legalization of marijuana.”

For Stoll, who works in digital marketing in this suburb south of Salt Lake City with views of the towering Wasatch Range, his pain has propelled his activism.

Two years ago, he testified before lawmakers about a bill that would have legalized pot for medical purposes. The measure died in the Republican-controlled Legislature. But lawmakers have passed laws over the years that, among other things, allow oils and creams made from the non-psychoactive component of cannabis.

Before Stoll, his wife and their infant daughter drove to the red-brick meeting house in West Jordan on a recent Sunday, he pulled out the green bong he’s kept in a cardboard box in his closet since his marriage in 2015.

He can’t help but think about how much pot helped him — about what his life would be like if he could give up the Tramadol.

Stoll holds a vial of Tramadol, one of the medications he takes to treat severe back pain. He had to stop using pot to remain in good standing with the Church of Jesus Christ of Latter-day Saints and get married in the temple.

Stoll holds a vial of Tramadol, one of the medications he takes to treat severe back pain. He had to stop using pot to remain in good standing with the Church of Jesus Christ of Latter-day Saints and get married in the temple. (Isaac Hale / For The Times)

“This is something that if I drive east or west — to Colorado or Nevada — is 100% legal and helpful to my situation,” he said. “We’re not talking about recreational. This is simply for medical.”

His wife, Rachael, said her husband seemed healthier when he used cannabis.

“As a family, we need this to become law,” she said, holding their daughter, Everly. “We pray for this.”

But her stepfather, Hector Llamas, 63, disagrees, saying he foresees medical pot being sold on the black market.

“People buy it with a card and then turn around and sell it elsewhere is going to be a problem,” Llamas said as the family sat at the kitchen table before church.

Moments later, as the family got ready to head to the meeting house — one of several in this community where horses graze in backyards under the shade of pine trees — Stoll read a passage from the Book of Mormon:

And there were some who died with fevers, which at some seasons of the year were very frequent in the land — but not so much so with fevers, because of the excellent qualities of the many plants and roots which God had prepared to remove the cause of diseases, to which men were subject by the nature of the climate.

This, he said, reminded him of his current situation.