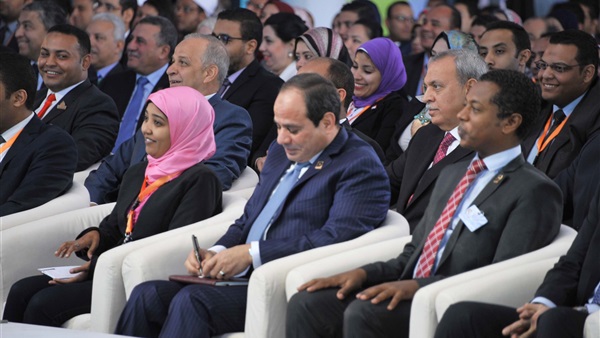 Prominent Kuwaiti newspapers on Monday highlighted President Abdel Fattah El Sisi’s statements at the conclusion of the two-day National Youth Conference, which was held at Cairo University on July 28-29.

Sisi’s emphasis on the importance of stability and security for building nations hit the headlines of the Kuwaiti newspapers out on Monday.

In an article titled “The Egyptian state would have collapsed without Gulf states’ support after June 30 Revolution”, Al-Anba newspaper cited President Sisi’s emphasis on the Gulf countries support to Egypt in the field of energy and oil alongside his affirmation on regional security as an integral part of Egypt’s security.

The article also highlighted Egypt’s commitment to establishing a Palestinian state along the 1967 borders with East Jerusalem as its capital.

Moreover, Al-Jarida quoted the president’s promise to continue the war on terrorism in an article titled “Fight against terrorism shall continue, no conciliation: Sisi”. The paper quoted the Egyptian president as saying: “Without stability and security, no state system may succeed. Had Egypt been a stabilized country since 1964, it would have made a lot of progress.”.

Meanwhile, Al-Qabas newspaper published an article underscoring the president’s assertion that no progress could be made at any sector, including health insurance, education, investment and development, without stability.