Latest Posts
16:56
Home Reports Daesh to push its terrorist to the old continent 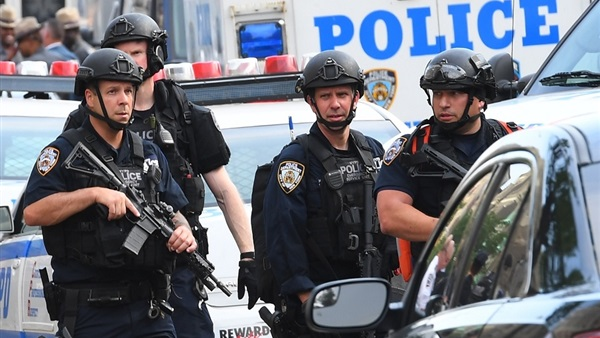 Daesh to push its terrorist to the old continent

As Daesh is losing territory in Iraq and Syria, their departure became inevitable, so the Terrorist organization began arranging for the return of its fugitives to Europe. The terrorist group has guided its fighters to the best ways to leave without arousing attention or arresting them on the journey home.

After the collapse of the terrorist organization in Syria and Iraq, Daesh set up a website specifically for the 40,000 “foreign jihadists” who are preparing to return to their original country. The website warns – in different languages – of using forged passports, advising them to use original identity or abandon all kinds of documents.

The organization also recommended its elements to leave all the objects that may reveal their nature in Syria, as advised by the site not to go into talking about Daesh with strangers.

Indeed, the Daesh foreign fighters returning to their home countries are a serious threat for more terrorist operations in European countries. The German government announced that more than a thousand extremists traveled from Germany to Syria and Iraq over the past years to join the terrorist groups there; in addition to about 170 of them were killed during hostilities or in other circumstances in Syria or Iraq.

In a June 20, 2018 report by the European Police Agency, Europol warned that the danger of launching new offensive attacks in Europe is still very serious and the militant attacks against European targets have more than doubled over the past year.

The report also confirmed that in the past year, 33 terrorist attacks have been reported on the old continent, including 10 attacks by militants, killing 62 people, while others have failed or been thwarted. The number of attacks reported in 2016 has not exceeded 13 attacks, killed 135 people.

“The increase in the number of terrorist attacks in 2017 coincided with the low-level terror offenses” Europol said in its annual report, entitled “Status and Trends of Terrorism 2018”.

The report also added that the militants who launched such attacks in the EU countries, in 2017, they were mostly residents of these countries, which means that they became extremists in the countries where they reside, without going abroad to join a terrorist group.

“In many cases, these attacks have become a form of personal revenge against the country where they failed to integrate” said Manuel Nefret, head of Europol’s counter-terrorism agency.

The Europol report said: With the decline of Daesh force, the organization urged its members to launch separate attacks in their countries. The report added that the threat of terrorist attacks in Europe is still very serious.

The report also mentioned, Daesh, Al-Qaeda and other militant groups continue to pose a major threat and have the intention and ability to launch terrorist attacks in the West.

Catherine de Bolle, said that “Member states support in fighting terrorism will certainly remain a top priority” stressing that it is necessary to exchange information and data at the highest level to combat terrorism.