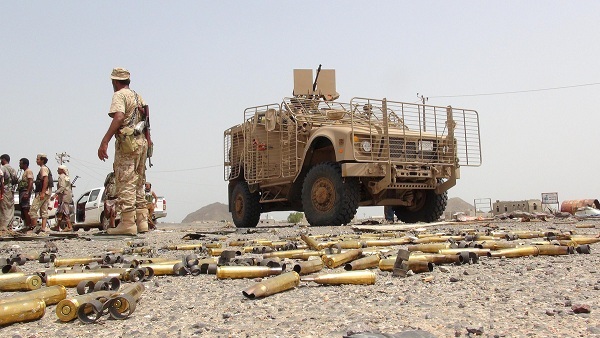 Continuing of the Comprehensive Operation Sinai 2018

The General Command of the Armed Forces announced that a fuel storage place, a warehouse and a workshop were destroyed as part of Comprehensive Operation Sinai 2018 in North and Central Sinai.

The Armed Forces said on Tuesday in its 25th statement on the outcome of the operation that was launched on February 9 to fight terrorism in North and Central Sinai and other areas in the Nile Delta and the desert areas west of the Nile Valley.

According to the statement, at least 285 hiding places and storehouses were destroyed and 200 kilograms of TNT were seized in North and Central Sinai.

The Armed Forces detonated 10 explosive devices and destroyed a number of tunnels in Rafah, the statement added.

The troops also seized a smuggling truck carrying three persons who were hiding seven Thuraya satellite phones and 320 heroin packs weighing half a ton. Also, smuggled foreign currencies were found with them.

Eleven vehicles and two motorbikes along with 279 kilograms of bango and 9,700 narcotic pills were seized.

The statement reiterated the army and police forces’ persistence to uproot terrorism and achieve security and stability for the great Egyptian people. A soldier was injured and two civilians martyred during the operation.