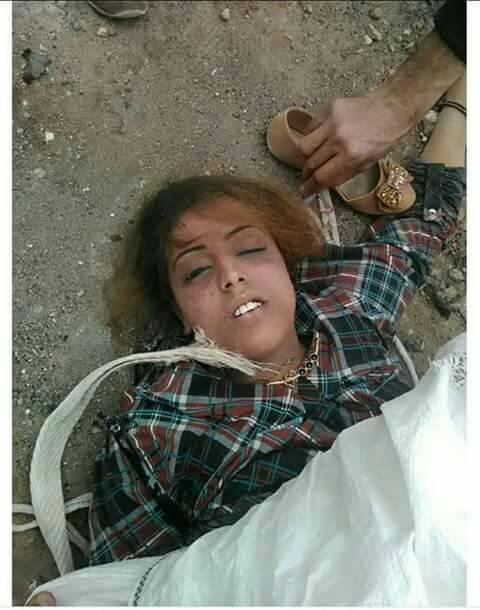 In an early hour of yesterday morning, the Houthi Militia committed a horrible crime, in a clear evidence of his past evils against Yemenis.

They killed Mrs. Iman Al Fatieh, who did nothing except refusing the enforcement of Houthi Militia in front of her house.

The house located in the besieged city of Al-Hodaida was stormed by the illegitimate Houthi Militia and killed Iman stood as a heroine to the out-number group who shot them dead in cold blood.

Iman belongs to the family of the famous Yemeni musician Ahmed Fathi.

The leader of this atrocious massacre is Musharaf Maedani who first slapped her face but she did not give up resistance…then he killed her, sources said.