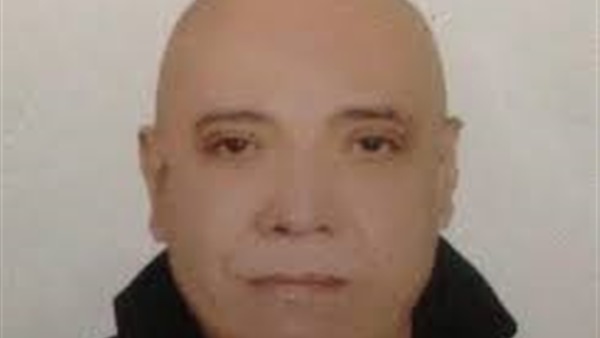 Dr. Tharwat el-Kharabawi, a religious writer and thinker, must have deeply shocked his readers when he wrote that Islam, which Muslims have been following over centuries, is not by any means related to the religion God revealed to Prophet Mohamed.

El-Kharabwi, who is ex-member of the Muslim Brotherhood, continued: “Realising that such a religion would not be appealing to their wishes and whims, sultans and kings hid Prophet Mohamed’s Islam in a closely-guarded grotto.”

According to el-Kharabawi’s shocking argument, Islam was replaced by a different version, which preached invasions, savage killing, coercion, arson attacks and torture. “To dampen the shock of the impact the new version would produce; words, such as invasions and forays, were euphemistically and cunningly called openings necessary for spreading Islam and allegedly forcing tyrants and the infidels to free the people,” el-Kharabawi said.

The thinker said that preachers of the false version of Islam treacherously distorted the verse (1) of soura Al-Fatah, which says: “Verily, We have granted thee a manifest Victory.”  El-Kharabawi said: “Such a divine promise is incontestable and unchallenged.”  El-Kharabawi explained that soura Al-Fatah (victory) refers to Prophet Mohamed’s victorious return to the homeland. He said: “Prophet Mohamed (peace be upon him) was not a warrior or an invader.” El-Kharabawi compared the Prophet’s Return to the light, which brightened dark chambers inside the hearts.

According to el-Kharabawi’s explanation, the Prophet’s Return was an invitation to the people to willingly worship Allah, the one God.  He said that the meaning and the objective behind Prophet Mohamed’s victorious return were cynically and outrageously distorted to sanction the occupation of foreign lands and coerce their inhabitants into converting to their self-made Islam’.

He regretfully said that throughout centuries, [Muslim] invaders had been admired for their barbarity and cruelty. “It is all the more upsetting that new generations have spent their time dreaming of reviving the era of Muslim invasions,” he said.

Demanding that such a disgusting fuss and sickening rhetoric should be stopped, the MB’s ex-member appealed to Muslims to understand the fact that Islam they had been taught and urged to follow in the past centuries was completely different from that faith Allah revealed to Prophet Mohamed.  He said: “What we are having in our hands is not the honest and sincere interpretation and understanding of that Islam, which Prophet Mohamed broadcast.” He added: “What Muslims have been delivered is an outrageous man-made faith dug out of the heritage.” El-Kharabawi called the heritage-inspired faith ‘the 4th Religion”, which, he argued, came after Judaism, Christianity and Islam.

He strongly refuted allegations that Prophet Mohamed’s chief undertaking was to globalize Islam. “Allah does not call upon His worshippers to celebrate Islam as the global religion.” he said.

Supporting his argument, el-Kharabawi came up with several quotes from the holy Qur’an, which warns Prophet Mohamed from obeying the majority, otherwise he would be misled to follow the wrong path. For example, he quoted the surah Al An’am (116), which says: “And if you obey most of those upon the earth, they will mislead you from the way of Allah.” The holy quotes el-Kharabawi sought to defend his point in this respect, also warn the Prophet that most of these people are not wise or have the proper knowledge.

El-Kharabawi also quoted surah Yunus (10-99), which says: “And had your Lord willed, those on earth would have believed – all of them entirely. Then, [O Muhammad], would you compel the people in order that they become believers.

According to the religious thinker, Prophet Mohamed was not the exception in this respect. “All other prophets and messengers did not manage to inspire the majority. “Like the Muslim prophet, his predecessors influenced a few of the people they were sent to,” he noted. “Also, Allah repeatedly states that a few of His servants are grateful,” he said.

In his bid to end this unhappy controversy, el-Kharabawi said: “Allah requests us to call for Islam wisely and act as the perfect examples of loyal worshippers.” He also said that Allah advises Muslims to communicate and deal cordially and amicably with Jews and Christians.

“Moreover, Allah tells us that Muslims should not carry the Call for Islam to extremes,” he said.  He quoted sura Al-Qasas (28:56), in which Allah says ‘[O Muhammad], you do not guide whom you like, but Allah guides whom He wills. And He is most knowing of the [rightly] guided.’

The MB’s ex-member lambasted dishonest preachers of  the unreal Islam for belligerently and cynically distorting the meaning of jizyah (tribute) only to sanction their wars on Jews and Christians. “Allah does not ask Muslims to fight Jews and Christians and exact jizyah from them if they refused to convert to Islam,” he said. “This exceptional tax was imposed during certain circumstances, which were nowhere afterwards,” he added.

He said that after the death of Prophet Mohamed, his companions and successors sought to establish an Arab empire. “Following the example of Crusaders, the champions of the newly-founded Arab empire fought their way under the banner of Islam and the Qur’an to secure a prominent place in the world; and occupy foreign lands,” he said.  He added: “Since then, Islam has been associated with violence and wars.”

El-Kharabawi maintained that soothing and euphemistic words, which blew the ‘openings’ out of their context gave rise to terrorist groups, such as the Muslim Brotherhood, Al-Qaeda and ISIS. “The false version of Islam has sanctioned torture, beheading and burning alive non-Muslims or opponents,” he said.

The religious thinker, nonetheless, has much doubt that honest faqeehs(scholars and thinkers) would step forward and commit themselves to reviewing and re-examining disastrous blunders and mistakes post-Mohamed had committed.