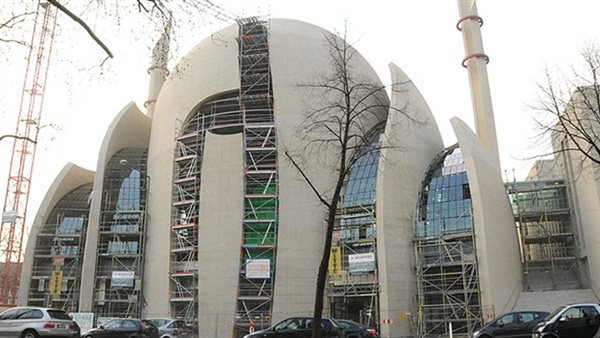 The Germans took advantage of Muslim citizens from Chechnya, Dagestan and Kazakhstan to fight former Soviet Union. Those Muslims resided in Germany, especially in the German city of Munich.

The Islamic center in Munich city called to prayer for the first time in 1973. Building the magnificent Mosque cost 5 million Deutsche Marks, designed by a German architecture with Turkish origins. The Mosque minaret stood at 35 meters high, crowned by a golden crescent. Only five mosques existed in Western Germany then.

The Pulitzer Prize winner Journalist Ian Johnson said on his book “A Mosque in Munich: Nazis, the CIA, and the Rise of the Muslim Brotherhood in the West”, at that era, the soviets were the first enemy not the Islamists.

The Germans, backed by Central Intelligence Agency (CIA), aided three members of the Muslim Brotherhood to facilitate the existence of a branch of the group in Germany.

The Americans thought that Ramadan can be a promising spokesperson of the West in the Islamic World; they have even pressured the Jordanian kingdom to issue a passport for Ramadan. Despite the latter was not completely innocent.

Ramadan received generous donations from the Saudi Arabian Kingdom; he was driving a Cadillac in the early sixties, vulnerable to start sexual relations with women.

In 1960, Ramadan announced that he received sum of money from the late Saudi King Saud bin Abdulaziz Al Saud, Hussein of Jordan, and some Libyan and Turkish Businessmen.

Ramadan launched several trade projects in cities of Mecca, Medina, Jeddah and Beirut. The Muslim Brotherhood member assigned many assistants to collect money on his behalf.

The Saudis decided to quit funding Ramadan, turning him into a pariah in the political Islamic arena. Ramadan was not even invited to inaugurate the new Mosque in Munich.

Nada- unlike Ramadan- has spent many years in Nasser’s prisons before he managed to flee to Libya, where he started a successful business that he had to interrupt after late Muammar Gaddafi’s military coup in 1969. However, the Libyan colonel chose to improve his image in the Islamic world by giving away half a million Deutsche Marks as a donation for Munich Mosque.

Nada preferred to leave the leadership of the Mosque for the Syrian Muslim Brotherhood Ghaleb. However, both leaders lived as neighbours in Campione d’Italia.

Ian Johnson’s book focuses in the coexistence dilemma of the two profoundly different sects. Muslims who fled the Soviet Union to support the Nazis in their war against the Communist region, not deeply religious, constant drinkers of alcohols, and the followers of the Muslim Brotherhood Group.

On July 1963, American President Dwight D. Eisenhower met a Muslim delegation that included Ramdan. The American President said during the meeting according to Johnson’s book; “Our faith must grant us a common goal, fighting communism and its atheism.”