Latest Posts
00:20
Home News Egyptian Ambassador: US get a lot from its support for Egypt 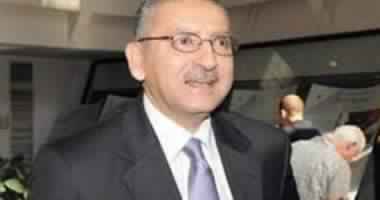 Egyptian Ambassador: US get a lot from its support for Egypt

The Egyptian ambassador to Washington, Yasser Reda, called on the New York Times not to underestimate Egypt’s role in the Middle East, in response to an article published by the American newspaper on 19 December entitled “Truly, Egypt is a terrible ally.”

“Egypt is determined to continue its war against terrorism militarily and through the changing the religious discourse and the spread of tolerance. It is also an economic reform program that has been praised by international observers and is working to strengthen its national institutions in the region,” the ambassador said.

He added that these efforts are consistent with the long-term American interests in the region, stressing that the country that is working towards this end should be supported and not discarded, pointing out that the United States has many benefits from the support of Egypt and the promotion of common priorities between the two countries.

Reza responded to the article’s call for the need to reduce military aid, saying that the aid has long been a tool to support the Allies and not to get concessions from them. He concluded by saying that Egypt’s journey towards the establishment of the modern state is not over yet and the determination of the Egyptian people and the government to continue it is unshakeable.

“I hope that we will be able to say that the United States was our partner along the way,” the Egyptian ambassador to Washington concluded in response to the New York Times.