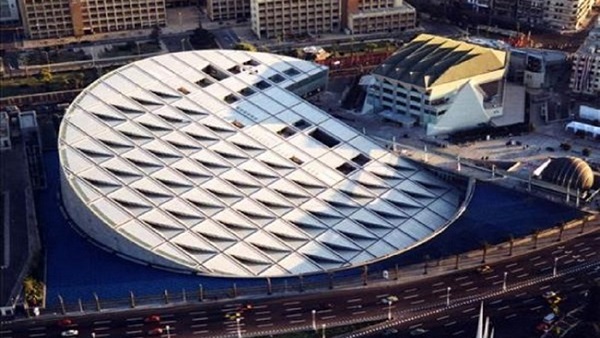 BA Director: Terrorism has never defeated Egypt over its history

Director of Bibliotheca Alexandrina (BA) Mostafa el Feki asserted that terrorism with all its threats and vicious schemes has never been able to defeat the Egyptian society over various stages of history.

Addressing a forum, under a theme of “imagination in face of extremism”, organized by BA in cooperation with Senghor University in Alexandria, Feki said Bibliotheca Alexandria is working through diversified programs on increasing awareness, fighting extremism, spread illumination in the society to the extent that it has become one of the soft powers in the country.

BA is steadily heading towards a better future. The various roles it assumes at national, regional and international levels embody the Library’s renowned status as an international organization in Egypt, he added.

As an arena for voicing cultural pluralism, the BA is concerned with the freedom of speech and of expression, promoting pluralism and diversity, presenting the latest in the fields of science and technology, interacting with the digital world, the arts, and academic research, he said.

Meanwhile, Ambassadress Fatma el Zahraa Etman, an advisor to the BA’s director for international and Francophonie relations, said Bibliotheca Alexandrina has played a fundamental role during ancient eras and in the modern history of Egypt to counter the dark thoughts of terrorism and combat ignorance and narrow mindedness which are more dangerous to societies than modern wars.

A number of mega libraries, research centers and cultural foundations from various world countries took part in the forum.(MENA)