Latest Posts
18:10
Home News Washington: Final status in Jerusalem is up to negotiations 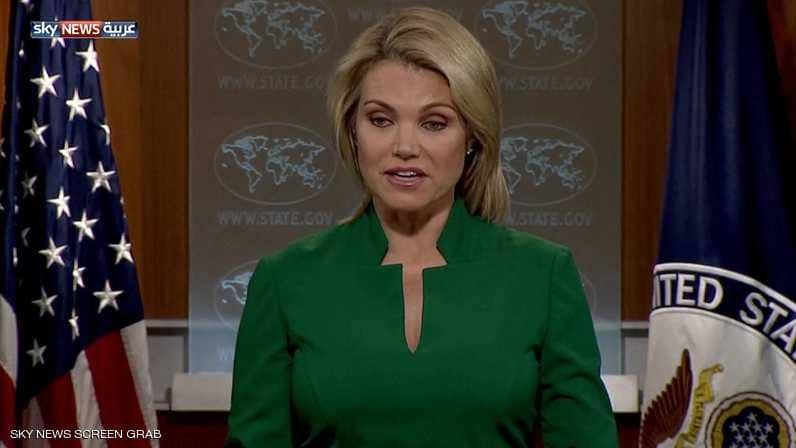 Washington: Final status in Jerusalem is up to negotiations

The US Department of State confirmed that the final status over Jerusalem will be determined by the negotiations between the Israeli and Palestinian sides, referring to a “peace plan” being developed by the ministry.

“President Donald Trump is committed to the peace process and that has not changed, we are still working hard to develop our plan and we think it will benefit both the Israeli and the Palestinian people,” State Department spokeswoman Heather Noert said.

The United States does not take any position on any final status issues and will support a two-state solution, “she said in Twitter on Twitter.

It seems that the spokeswoman intended to comment further explanation of Trump’s decision last week, considering Jerusalem as the capital of Israel, which provoked widespread Arab and international condemnation and protests in Palestinian cities, wounding hundreds and arrested dozens.

Trump also revealed his plan to transfer the US embassy in Israel, from Tel Aviv to Jerusalem, after being recognized as a capital.

“We hope to continue to try to work with Israelis and Palestinians alike to try to impose some kind of peace agreement so that they can sit down and talk about it,” Noert said.