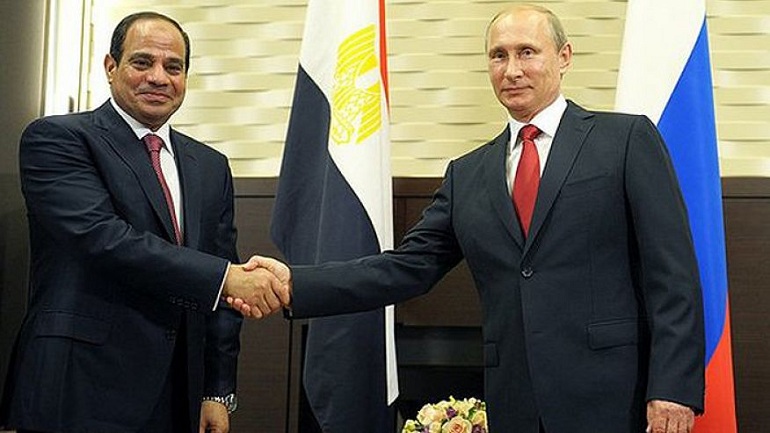 “The development of Russian-Egyptian relations on the political, trade-economic, energy and humanitarian trajectories will be discussed at talks with President Abdel Fattah Al-Sisi,” the Kremlin press service said on Thursday.

“The visit of the Russian leader is aimed at a further strengthening of historic and strategic relations between the states” A statement by presidential Spokesman Bassam Radi said.

Putin’s visit follows the Russian government’s announcement last week that Moscow and Cairo have drafted an agreement for Russian warplanes to use Egyptian military bases.

The deal comes as part of Moscow’s efforts to further expand its military foothold in the region following its campaign in Syria.

Under Al-Sisi, Egypt has expanded military ties with Russia and signed a slew of deals to buy Russian weapons.