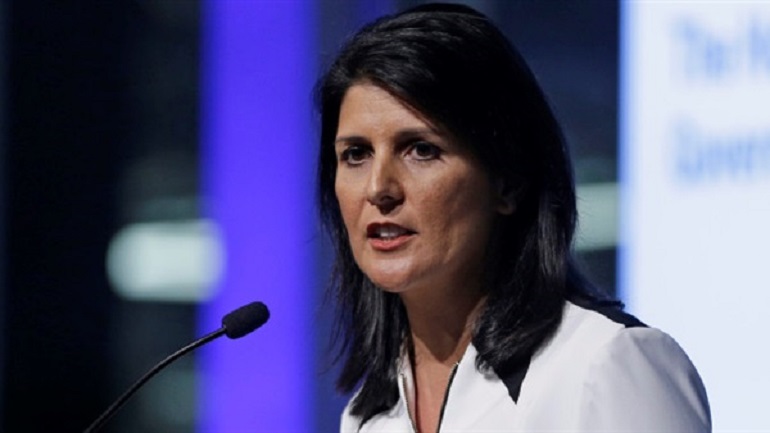 US envoy to the United Nations Nikki Haley said on Thursday at a press conference before the Security Council in New York that Iran’s behavior in the Middle East is getting worse, fanning flames of conflict.

Haley confirmed that the US has evidence that the missile fired by Houthi militia targeting a civilian airport in Riyadh was made in Iran.

Washington seeks to form an international coalition to confront the threat of Iran, Haley stated