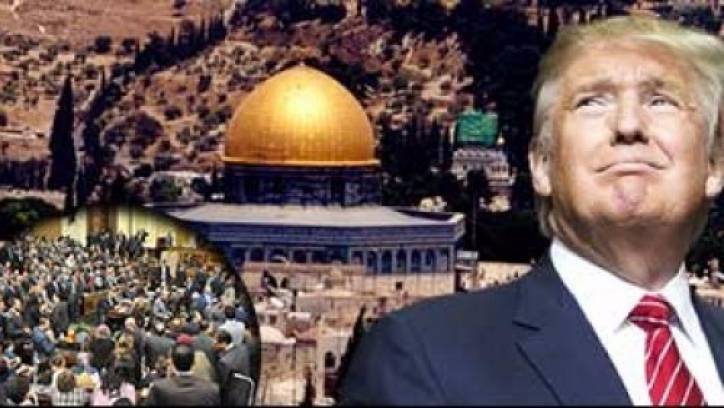 US experts warn about Trump’s decision

A number of experts concurred that that US President Donald Trump’s decision on recognize Jerusalem as the capital of Israel would undermine peace process and would lead to recruit more terrorists to destabilize the Middle East.
US President Donald Trump declared his recognition of Jerusalem as the capital of Israel and Trump signed a document on the transfer of the US embassy from Tel Aviv to Jerusalem.
According to US lawyer John Keigley, professor of international law at Ohio State University, “terrorist organizations such as ISIS can use Trump’s decision to strengthen its ranks”.
Francis Boyle, a professor of international law at the University of Illinois, said that Trump’s decision will undermine US relations with Arab and Islamic societies around the world.
“I think Trump is interested in setting fire, he knows exactly what he did” Francis Boyle said.
Francis Boyle said that, in his opinion, Trump’s decision could lead to violent demonstrations in Palestine to end the Israeli occupation.
Francis expressed his concern at the death of a large number of people because Trump’s decision will lead to violent demonstrations.