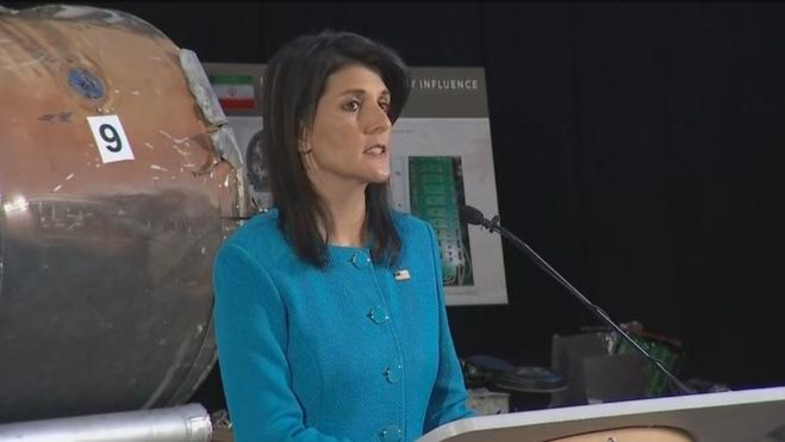 US envoy to the United Nations said “undeniable” evidence proves Iran is violating international law by funneling missiles to Houthi rebels in Yemen.

Nikki Haley is unveiling declassified evidence including segments of missiles launched at Saudi Arabia from the Houthi-controlled territory in Yemen. She’s displaying the missile parts in a hanger at a military base in Washington.

Haley said the missile parts bear markings showing they originate in Iran and that they have technical specifications that are specific to Iranian-manufactured weapons.

She added it proves “blatant violations” of U.N. Security Council resolutions while the international community was “looking the other way” because of the nuclear deal. She says the U.S. will now rally other nations to push back on Iran’s behavior.