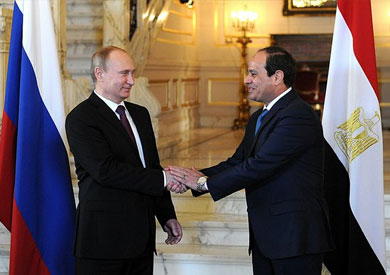 Russian tourists expected to return after Putin’s visit to Egypt

Spokesman of Egyptian presidency, Bassam Radi said that the visit of Russian president is adopted in the context of historical relation between Egypt and Russia.

The tourism issues and the return of Russian tourists to Egypt are due to be discussed by the Egyptian and Russian presidents during Putin’s visit to Egypt, spokesman said.

Bassam Radi pointed out that Russian tourists are expected to return after Putin’s visit to Egypt.
The presidents will address terrorism issue and the avenues of fighting it.