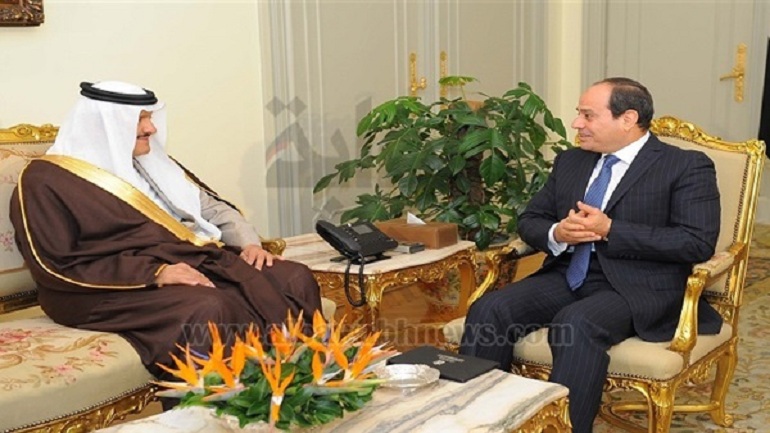 President Abdel Fatah al-Sisi meet Prince Sultan bin Salman, chairman of the Saudi Commission for Tourism and National Heritage (SCTH), in the presence of the Saudi ambassador to Cairo.

Al-Sisi affirmed Egypt’s pride in the close relations between the two countries and requested the transfer of his greetings to King Salman bin Abdul Aziz and the Crown Prince, pointing out the importance of strengthening the ties at all levels; thus, enhancing the Arab solidarity in the face of the various challenges in the Arab region.