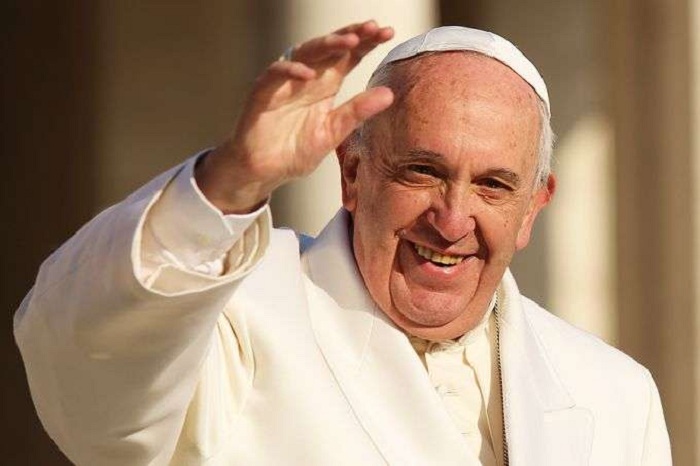 Pope Francis called World leaders to retreat from what he called “annihilation of humanity”, pointed out that some of these leaders are adopting an “irrational approach” towards nuclear weapons.
The Pope made statements to reporters on the papal plane on his way back to Rome after a visit to Myanmar and Bangladesh that dominated by the Rohingya refugee crisis.
Pope was asked about his opinion about the war of words between US President Donald Trump and North Korean leader Kim Jong-un, the pope replied: “What has changed is the irrational attitude towards nuclear weapons” and he said that “My opinion is that we have reached the maximum that is morally permissible from the possession and use of nuclear weapons”.