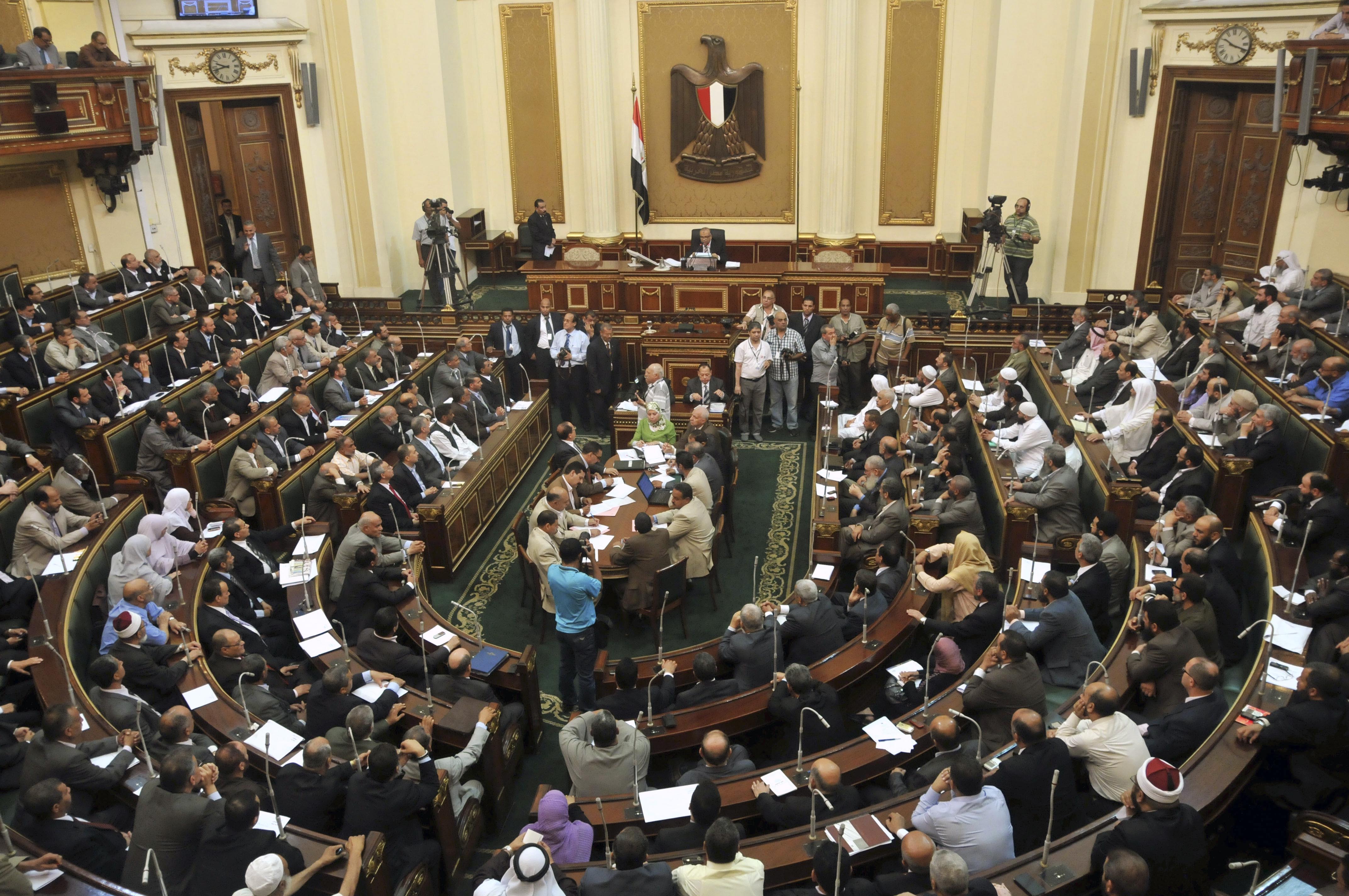 Egyptian Parliament Speaker Saad el-Katani presides over a brief session of Parliament, the first since the country's high court ruled the chamber unconstitutional, in Cairo, Egypt, Tuesday, July 10, 2012. Egypt's Islamist-dominated parliament convened Tuesday in defiance of a ruling by the country's highest court and swiftly voted to seek a legal opinion on the decision that invalidated the chamber over apparent election irregularities. (AP Photo)

Egypt’s House of Representatives, under Ali Abdel Aal, condemned a terrorist attack on Mar Mina Church in Helwan on Friday.

In a statement on Friday, the parliament mourned those killed in the attack, stressing the Egyptian people will not be intimidated by such acts. (MEMA)