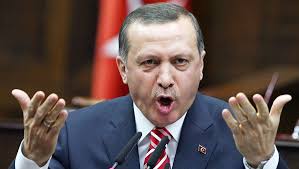 In his remark to theportal news on the Turkey’s moves in the Arab region, parliamentarian Mohammed Al-Orabi said that Egypt could not control the neighboring countries’ policies despite of its leading role in the Middle East (ME).

The member of foreign relations committee in the House of Representatives added that Turkish President Recep Tayyip Erdogan will not succeed in his efforts to bring back The Ottoman Caliphate. The malicious practices of the Ottomans are still etched in Arab’s minds, referring that Erdogan’s endeavors aim to undermine the Egypt’s core role in the ME.

“Egypt is able to protect its national security and enhance ties with the neighboring countries,” Al-Orabi asserted.

In that respect, parliamentarian Anisa Essam Hassouna ascribed all the unrest and upheaval in the ME to Erdogan’s meddling in some Arab countries affairs.

She stressed that his flimsy dreams to repeat the history will be doomed to failure.