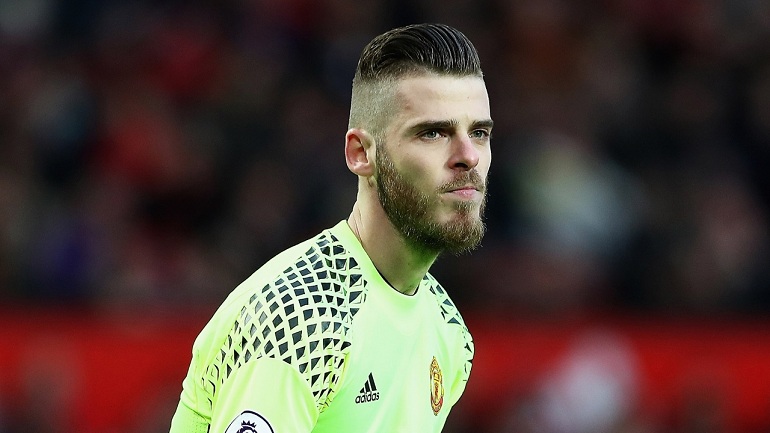 Mourinho: De Gia is the best goalkeeper in the world

Jose Mourinho labelled David de Gea as the best goalkeeper in the world following Manchester United’s win over Arsenal, although De Gea was keen to put the team first despite his heroics. The Spain goalkeeper produced a stunning one-man show as United emerged from the Emirates as 3-1 victors. Jesse Lingard (two) and Antonio Valencia scored but De Gea was the real hero – not that he let it show.

Asked by BT Sport if he had played better, he said: “It’s a win. The team defended well for 90 minutes. It was a good game against Arsenal, we scored three goals but then lost control. It was difficult.” The win puts United five points behind leaders Manchester City ahead of their game with West Ham on Sunday and Lingard added: “We are taking every game as it comes. We have a big game next weekend (against City) but are taking every game as it comes.”

His manager Mourinho was willing to go where De Gea would not. “I told him after the match, what I saw today was the best goalkeeper in the world,” Mourinho said. On a brilliant, end-to-end game, he added: “I think it was a phenomenal game. I loved the way my team played and fought. Arsenal also played amazing, created difficulties for us. I have to say we deserve all the great words. “This was a game that was amazing, phenomenal, fantastic and a deserved three points.”

The one black mark for United was Paul Pogba’s sending off for a foul on Hector Bellerin that will rule him out of next weekend’s Manchester derby. “I leave to you (to decide),” he said, when asked for his thoughts.