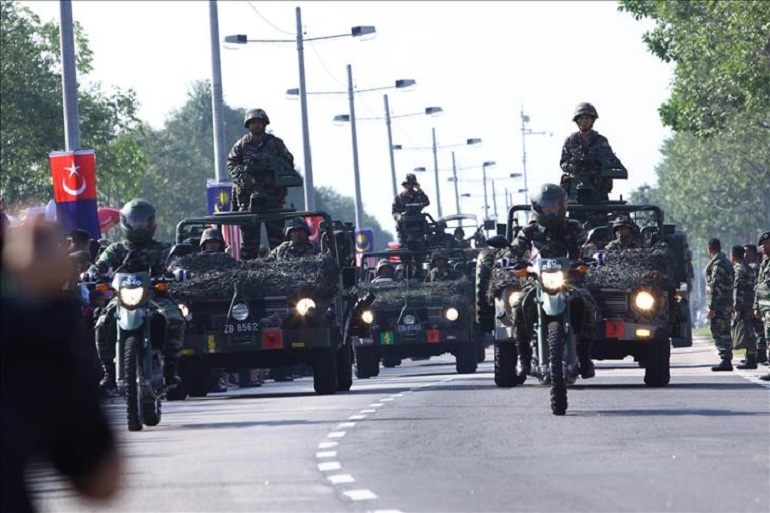 In a speech at a meeting of his party’s parliamentary bloc on Saturday, Hussein said US President Donald Trump’s decision to recognize the city of Jerusalem as the capital of Israel was “a blow to Muslims,” ​​according to the Bernama news agency.

“We have to be prepared for any possibilities. The ATM has always been ready, waiting for instructions from the top leadership,” Hussein said according to the Bernama news agency. “Let us pray that this dispute would not lead to chaos,” Hussein added.

On Wednesday, U.S. President Donald Trump announced the U.S.’s recognition of Jerusalem as Israel’s “undivided” capital and said the U.S. Embassy would relocate from Tel Aviv to Jerusalem.