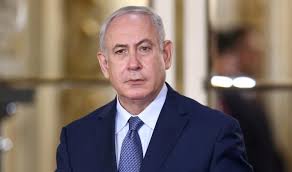 Israeli Prime Minister Benjamin Netanyahu has given his reaction to Donald Trump’s speech, hailing the announcement as a “historic landmark”.

The Israeli leader says any peace deal with the Palestinians must include Jerusalem as Israel’s capital.

Netanyahu calls on other countries to follow Washington’s lead and move their embassies to Jerusalem. He pledges there will be no change to the status quo at Jerusalem’s holy sites.