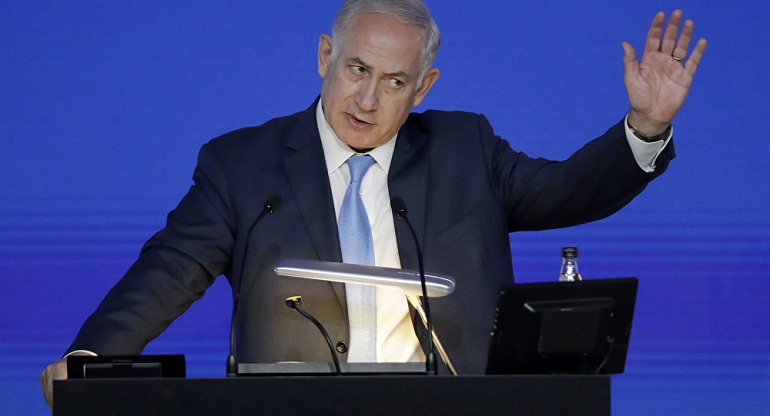 “I respect Europe, but I am not ready to accept its double standards. I hear voices, which condemn Trump’s historic decision, but I do not hear condemnation of rocket shelling against Israel or the horrible incitement campaign against us,” Israeli Prime Minister Benjamin Netanyahu said before departing to France.

Israeli Prime Minister Benjamin Netanyahu accused of “hypocrisy” and “double standards” European leaders who condemned the US move to recognize Jerusalem as the capital of Israel.

The statement comes after US President Donald Trump announced on December 6 his decision to recognize Jerusalem as Israel’s capital and move the US embassy from Tel Aviv to Jerusalem, which sparked a negative reaction in many countries around the world.

Netanyahu is expected to meet with French President Emmanuel Macron in Paris on Sunday and later to travel to Brussels to meet with the European foreign ministers.

The visit of the Israeli prime minister to France sparked protests in Paris the day before, with hundreds of people taking to the streets, holding posters that depict Benjamin Netanyahu as a “war criminal” and photographs of French President Emmanuel Macron marked “accomplice.”