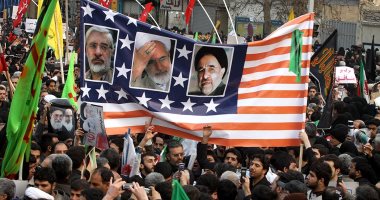 IRGC warns the anti-government protesters from continuing the protests

Brigadier-General Esmail Kowsari, a Revolutionary Guards commander, told the ISNA news agency “If people came into the streets over high prices, they should not have chanted those slogans and burned public property and cars.”

Iran’s interior minister has also warned the public that protesters will be held accountable.

They are the biggest show of dissent since huge pro-reform rallies in 2009. There are reports of two deaths.

There were calls for the removal or death of Iran’s Supreme leader, Ayatollah Ali Khamenei, in the cities of Khoramabad, Zanjan and Ahvaz. (MENA)