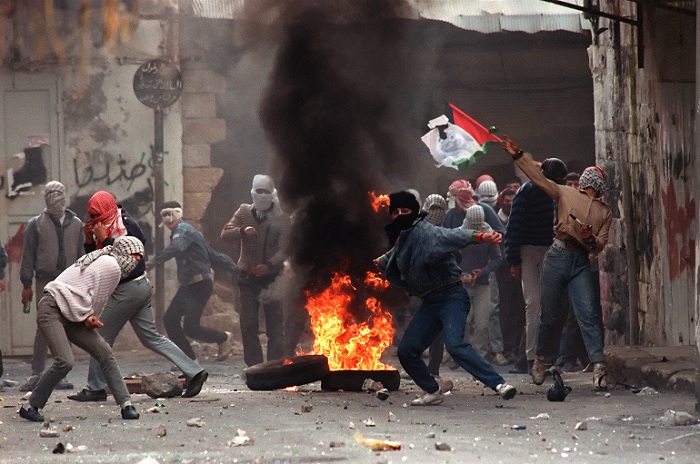 Hamas announced the beginning of the third “intifada

Hamas has announced the beginning of the third uprising “intifada” a week after Donald Trump recognized Jerusalem as the capital of Israel. It didn’t take long for Israel to respond.

Hamas positions in the Gaza strip were targeted by Israeli Air Force strikes on Tuesday night, hours after a Palestinian rocket attack on Israeli territory. It was not immediately clear whether there were any casualties on the Palestinian side.

President Trump’s move has exacerbated tensions between Israel and the Palestinian Islamic fundamentalist organization, leading to an intensified trade of fire. The Israeli army has enforced its presence in Jerusalem and has been conducting operations against Hamas, mainly destroying their military tunnels in the Gaza strip.

Palestinians have been protesting against Trump’s decision all over the country, which resulted in Hamas announcing the beginning of the third intifada.

Many ethnic Arabs hope to see a two-state solution and a return of Palestinian land located behind the ‘1967 Lines’, re-establishing borders from before the Six Day War, when Israel captured the Gaza Strip from Egypt and the West Bank and East Jerusalem from Jordan, as well as the Golan Heights from Syria.

Since that date, Israeli groups have continued to establish new communities in the West Bank, something Palestinians consider an act of aggression.

The first Palestinian mass revolt happened in 1987, which saw the “genesis” of the State of Palestine in 1988. To the outside world, the first intifada is associated with so-called war of stones, when rocks were Palestinians’ main “weapon.”

The first uprising, lasted until the 1991 peace talks at the Madrid Conference, although some date its conclusion to 1993 and the Oslo Accords, which offered mutual recognition to the warring parties.

During the six years of the first intifada, the Palestinian death toll rose to 1,162-1,204; additional intra-Palestinian violence claimed nearly 1,000 lives. Conversely, 100 Israeli civilians and 60 members of the Israeli Defense Forces were reportedly killed.