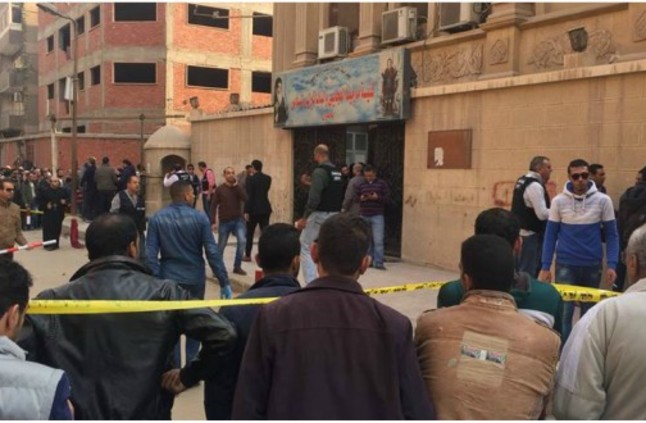 British Ambassador to Egypt John Casson denounced a terrorist attack that targeted a church in Helwan in southern Cairo.

“The murderers who did this know nothing of real humanity or faith,” Casson wrote on his official twitter account.

He called on Egyptians to “stand together & the world with them to show we have values deeper & stronger than extremism & death.”

The German Embassy in Cairo strongly condemned the terrorist, in a statement, Ambassador to Egypt Julius Georg Luy said nothing can justify attacks on peaceful worshipers from any religion.

It is a sad reminder that terrorism reveals its inhumane face even at the end of the year by attacking places of worship, the ambassador said. Luy expressed Germany’s full support for Egyptian in its war against terrorism.

Also, the Italian Embassy in Egypt strongly condemned Friday’s heinous attack in Helwan. “Italy stands firm together with Egypt in the fight against terrorism and for freedom of religion,” a statement by the embassy read.

France also, condemns the terrorist attack, a spokesman for the French foreign ministry said in a statement on Friday.

He also offered his country’s condolences to the families of the victims and the Egyptian government, asserting such cowardly acts will not affect the Egyptians’ unity. (MENA)