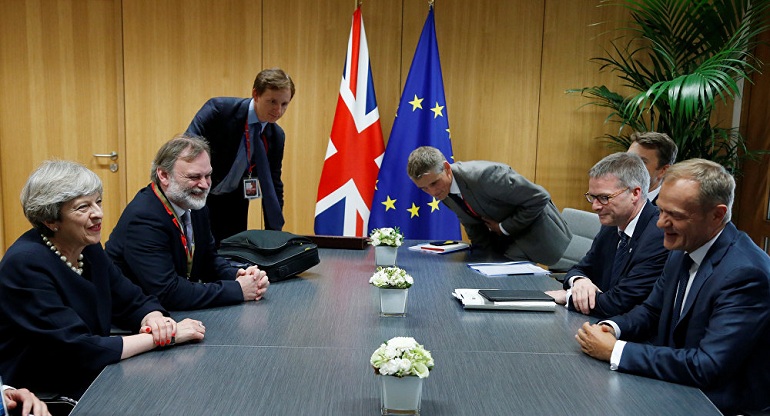 The European Union chastised President Donald Trump over his hesitation to renew a waiver permitting the US embassy to remain in Tel Aviv, and warned him of “serious repercussions” if the US recognizes Israel’s capital city, Jerusalem.

The EU’s top diplomat, Federica Mogherini, issued a statement Tuesday warning the White House of “consequences” if it either relocated its embassy in Israel from Tel Aviv to Jerusalem, or even formally declared its recognition of the city as Israel’s capital.

Mogherini was speaking alongside U.S. Secretary of State Rex Tillerson, on a visit to Brussels, as U.S. President Donald Trump is considering recognising Jerusalem as the capital of Israel.

“A way must be found through negotiations to resolve the status of Jerusalem as the future capital of both states,” Mogherini said, stressing the EU’s support for unlocking meaningful peace talks.

“The focus should therefore remain on the efforts to restart the peace process and avoiding any action that would undermine such efforts.”

While the Israeli parliament, Supreme Court, and Prime Minister’s Office are all located in Jerusalem, Mogherini argued that world powers must avoid recognizing the city as Israel’s capital until a final status agreement between Israel and the Palestinian Authority is reached.

“A way must be found through negotiations to resolve the status of Jerusalem as the future capital of both states, so that the aspiration of both parties can be fulfilled,” Mogherini said in Brussels after talks with US Secretary of State Rex Tillerson.