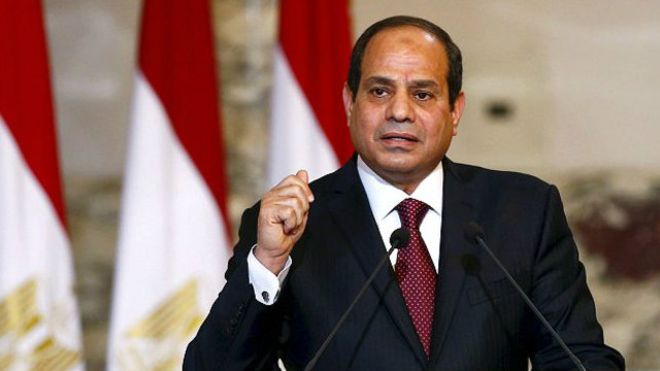 President Abdel Fattah El Sisi offered condolences to the victims’ families of the terrorist attack that targeted a church in Helwan district in Cairo early on Friday.

Sisi ordered all state bodies to provide all possible support for the families of the victims and the injured alike, the presidency said in a statement.

Such terrorist attacks will not weaken the determination of the Egyptian people to purge Egypt of terrorism, Sisi said.

He also thanked the security men guarding the church for their heroic role in foiling the terrorist attack.

Earlier in the day, a source told MENA that security forces thwarted a terrorist attack on Mar Mina Church in Helwan. (MENA)