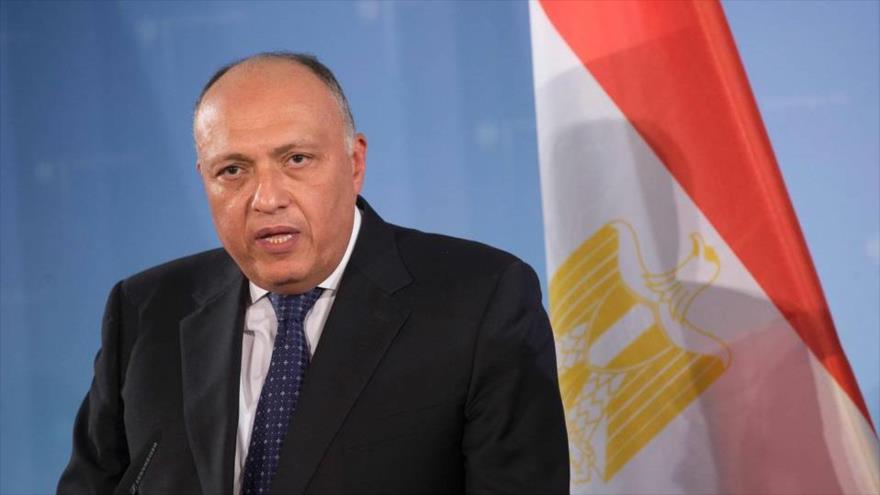 Egypt’s Foreign Minister Sameh Shoukry said before an urgent meeting of the Organisation of Islamic Cooperation (OIC) in Istanbul  late yesterday that Egypt will be at the forefront in confronting any attempts to circumvent the realisation of historic and legal Palestinians rights.

Shoukry said that the stability of the region and the world will be affected by any ill-conceived moves on Jerusalem, reaffirming Cairo’s rejection of last week’s decision by US President Donald Trump to recognise the city as the capital of Israel.

Shoukry, who attended the OIC meeting representing Egypt’s President Abdel-Fattah El-Sisi, said that  any change to the status of Jerusalem means rewarding the occupation and killing a historic and legal right of Palestinians; it would render any talk of peace devoid of any meaning.

The minister said that Jerusalem is an indivisible part of Palestinian land occupied since 1967, which is a historical and legal fact supported by the decisions of the UN Security Council and the General Assembly, adding that this fact cannot change except with the end of the occupation.

Shoukry said that the Palestinians have been subject to a tragedy for seven decades, and that Jerusalem is part of the tragedy the Palestinian people have lived since the occupation started in 1967.

Egypt has been committed to defending the rights of the Palestinians since 1948, and has sacrificed all that is dear to do so, and will continue to defend Palestinian rights, Shoukry said.

The FM said that the Palestinians and Arabs have accepted a resolution to the conflict based on the two-state solution, at the heart of which is the recognition of the right of the Palestinian people to establish their state on the land occupied in 1967.

The member countries declared Trump’s decision “null and void legally” and “a deliberate undermining of all peace efforts” that would give impetus to “extremism and terrorism.”

Egypt decries the US decision, which violates international legitimacy and considers it inconsequential in terms of affecting any new legal or political new reality, Shoukry said.