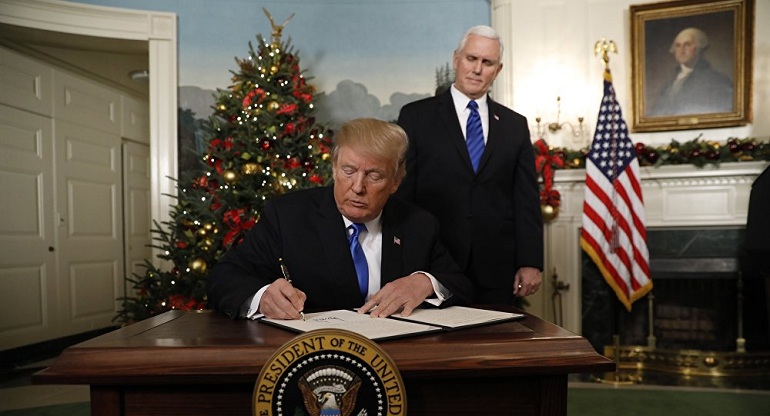 Donald Trump: I fulfilled my campaign promise – others didn’t

US President Donald Trump shared on his Twitter account a video showing a number of former US presidents talking about the capital of Israel.

Trump shared the video on his page under the title, saying: ” I fulfilled my campaign promise – others didn’t”

The video, which shows a number of former US presidents starting with former President Bill Clinton in 1992, talks that Jerusalem is the capital of Israel.

Trump announced on Wednesday his country’s official recognition of Jerusalem as the capital of Israel and the transfer of his country’s embassy from Tel Aviv to the occupied city amid a wave of condemnation at various levels.

I fulfilled my campaign promise – others didn’t! pic.twitter.com/bYdaOHmPVJ