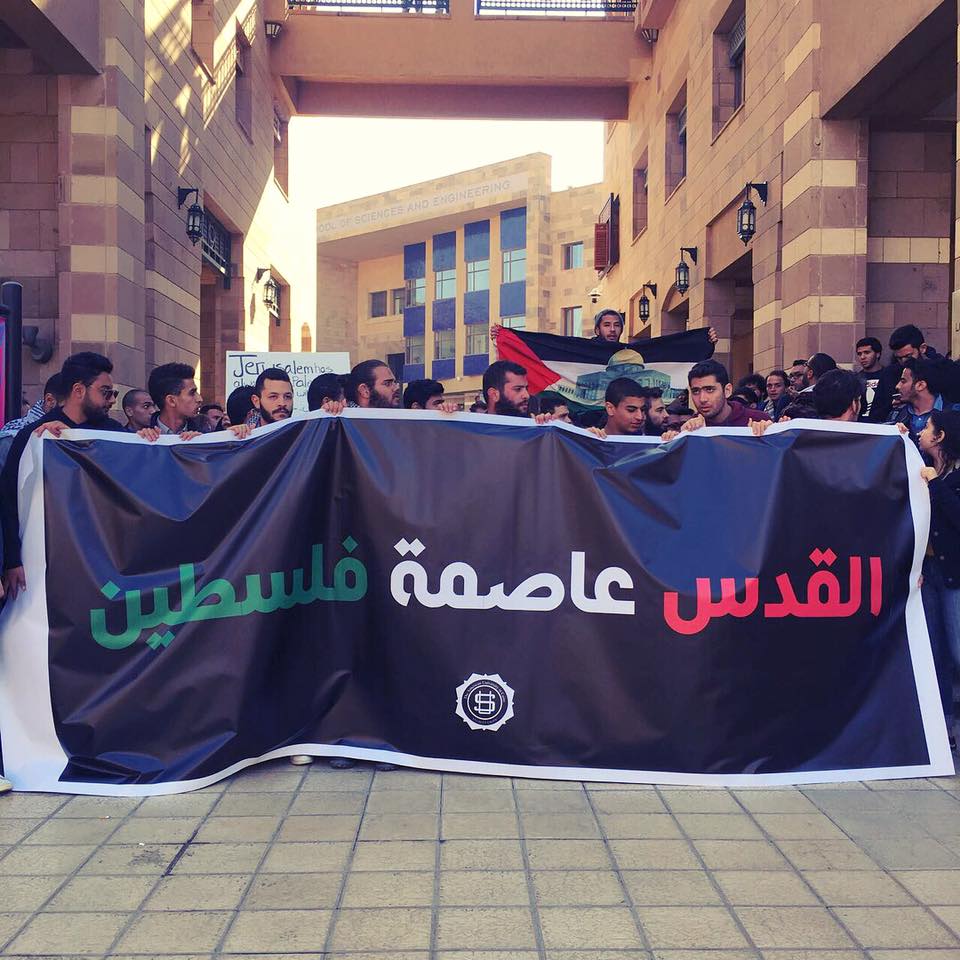 Demonstration in the AUC against Trump’s decision

The student union of the American University in Cairo, protest on Thursday, against what they called “the American and Zionist trusteeship” and the Declaration of Jerusalem as the capital of the occupying entity.

The Union pointed out that the protest is the least possible to be provided in fulfillment of Jerusalem as the capital of occupied Palestine and the emphasis on the standing of all factions behind the Palestinian issue. 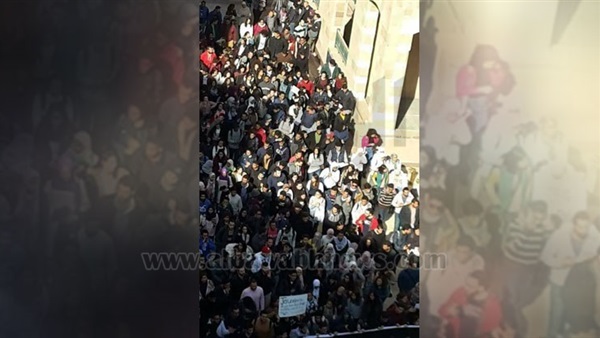 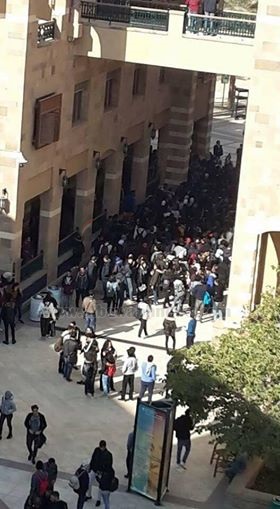 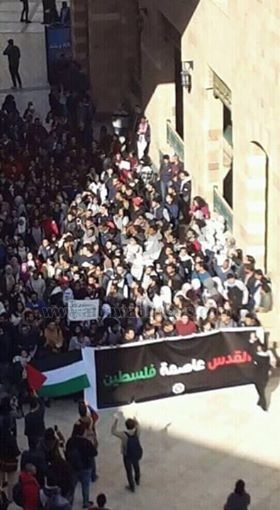